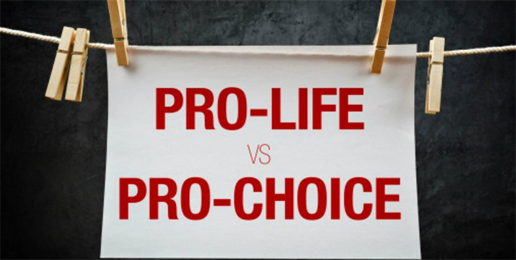 One the leading pro-life experts in America today is a longtime friend and hero of mine, and a former pastor in Fort Wayne. Michael Spencer is with the Life Training Institute.  If you ever get a chance to attend one of his workshops, they are worth every minute. In a recent newsletter, Michael gives an excellent explanation of a pro-abortion response that you have probably encountered.

The response has many forms, but it often goes something like this: “Oh yeah, who’s going to adopt all the unwanted kids in foster care after you ban abortion?”

Michael breaks down the logic behind this response and offers four good points to consider.

1.) This begs the question. Only if one begins with the assumption that the unborn are not valuable human beings can this make sense.  No one would argue this way if you were opposed to the killing of toddlers, the homeless, or high school freshmen.

2.) This is a disingenuous response to silence us. The idea assumes that foster care is on the same moral ground as terminating the unborn. Moreover, it is an effort to require pro-life people to address every moral wrong in order to be authentic.  No other social cause is held to such an unreasonable standard. No one ever tells the American Cancer Society, “you have no right to focus on curing cancer unless you work to cure AIDS, heart disease and diabetes!” Pro-life people believe that the unborn are just as worthy of a laser-focused response as those touched by cancer who are led to fight for its treatment and cure.

3.) Inconsistency, (if it exists), does not defeat the argument that abortion unjustly takes the life of an innocent baby. In other words, inconsistency doesn’t suddenly make the dismemberment of an unborn child OK.

4.) Pro-lifers lead the way in caring for mothers and babies, both born, and unborn. One only has to follow the money to see this. There are currently 460 surgical abortion clinics in the U.S. Most are owned by men for financial profit off of young women in crisis. Abortions are expensive, which is why abortionists live in nice homes with expensive cars. In contrast, there are nearly 3,000 pregnancy care centers in the U.S., mostly run by women, for women, at no cost to women. All their services (ultrasounds, parenting classes, diapers, etc.) are free. Unlike our opponents, money and convenience do not motivate us, compassion for the oppressed and a love for justice does.