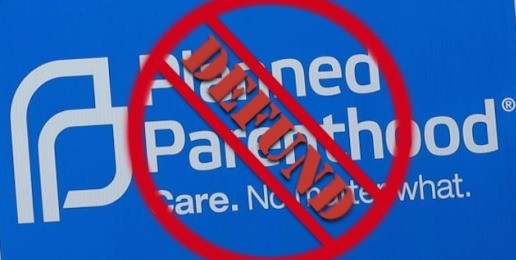 In the wake of yet another video linking Planned Parenthood, the nation’s largest abortion provider, to the sale of organs from aborted babies, lawmakers in the U.S. Senate are planning to vote to defund the inhumane organization that profits from carefully dismembering preborn babies and harvesting their organs and other tissues.

We now have a chance to do something about it.

This legislation would do the following:

Take ACTION:  Click HERE to send an email or fax to our U.S. Senators Dick Durbin and Mark Kirk, urging them  to defund Planned Parenthood. They both need to hear from you — their Illinois constituents — that Planned Parenthood shouldn’t receive a dime of taxpayer money.

More ACTION:  Please pray that our state and nation will repent from supporting this moral, political, and financial evil. Pray that your “pro-choice” family members, friends, and neighbors will finally understand that abortion is barbaric and indefensible in every situation — not just when tax dollars are being spent to support it. Pray that our state and nation will mourn the legalization of abortion, which has eradicated 60+ million innocent lives.

Spread the word! Tell your friends to contact their U.S. Senators by forwarding this email or by posting it on Facebook and Twitter using the hashtag #DefundPP.

The undercover investigation of Planned Parenthood has given us a rare opportunity of which we must take advantage. Now that Americans have been exposed to Planned Parenthood’s pernicious practices, it is our chance to cut off their federal funding, thereby saving lives.

Defunding Planned Parenthood is Constitutional
b
a
x
r