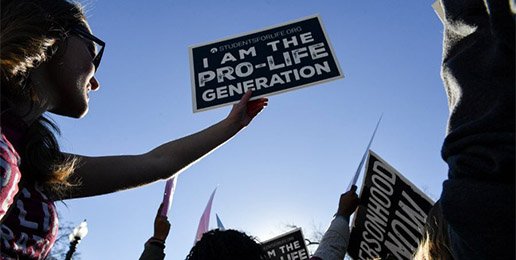 America Is Split Right Down the Middle on Abortion, Poll Shows
06.15.18
PRINT

Americans are split evenly down the middle on whether abortion should remain legal, a Gallup poll published Monday reveals.

Forty-eight to 43 percent of Americans find abortion morally wrong, according to Gallup’s poll. Since Gallup began conducting polls on abortion in the 1990s, the percentage of Americans who find abortion to be morally acceptable has never been greater than those who find it morally repugnant.

Gallup conducted their poll by conducting telephone interviews between May 1 and May 10. Gallup spoke with 1,024 persons age 18 and older in all 50 states and the District of Columbia.

Taking Pride in Down Syndrome Children
b
a
x
r