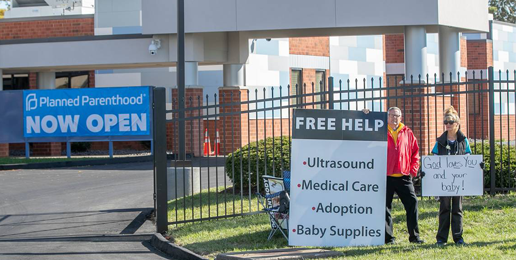 As the Coronavirus pandemic wears on, government officials have shut down schools and businesses while stressing social distancing. The work continues to get personal protective equipment (PPE) into the hands of medical personnel with even elective surgeries canceled for the foreseeable future. However, the pandemic hasn’t slowed down the abortion industry. Several states have tried to close abortion clinics, calling the procedure an elective surgery that would take up medical resources, and Planned Parenthood has fought back in the courts to keep their doors open.

Only the state of Texas placed an outright ban on abortions as elective surgeries until the end of the pandemic. On April 7, the Fifth Circuit Court of Appeals upheld the ban that Texas governor Greg Abbott put in place categorizing an abortion as an elective surgery. Planned Parenthood has petitioned the case to the U.S. Supreme Court. Other states that have deemed abortions to be elective surgeries are Alaska, Indiana, Iowa, Mississippi, Ohio, and Oklahoma. The Oklahoma ban was blocked in court April 6.

In an April 3 letter to supporters, Jennifer Welch, president & CEO of Planned Parenthood of Illinois (PPIL), shared, “To best serve our patients during this crisis, we have temporarily consolidated into six ‘Mission Health Centers’ to provide essential services including medical and in-clinic abortion care.” The six centers are located in Aurora, Flossmoor, Peoria, Springfield, and two in Chicago. However, eyewitnesses have noted that the Planned Parenthood in Fairview Heights has continued to receive patients.

National Planned Parenthood as well as PPIL have also continued to fund-raise heavily during the pandemic. In an apparent reference to the states that that don’t consider abortions essential medical procedures, Welch wrote, “We are also taking action against those who attempt to use the pandemic as an excuse to restrict health care for millions of people across the country.”

In Illinois, the abortion industry is still going strong. The 18,000-square-foot Planned Parenthood abortion clinic built in secrecy in Fairview Heights and just 13 miles away from downtown St. Louis, Mo., has been a source of controversy since it opened in October 2019.

Angela Michael is a pro-life activist and head of Small Victories Pregnancy Outreach. Michael, a former obstetrical nurse, protests regularly outside the clinic in Fairview Heights and a nearby clinic in Granite City, called Hope Clinic. The latter is a privately-owned women’s health clinic that mainly provides abortions and sits across the street from the city’s only hospital.

Hope Clinic tweeted Governor JB Pritzker to complain about, and called the local police to disband, a group of protestors outside the clinic March 27. The group consisted of Michael and three others. Four police officers arrived, and Michael shared in a Facebook message that, perhaps upon seeing the body camera she was wearing, they told the pro-life advocates to “Have a nice day.”

Michael publishes eyewitness accounts from the two clinics almost daily to the Small Victories Pregnancy Outreach Facebook page. She has been noting the large groups of people entering the clinics, failing to practice social distancing, and cars traveling there from as far away as Colorado.

According to the Guttmacher Institute, there were 40 facilities providing abortions in Illinois in 2017, and 25 of those were abortion clinics.