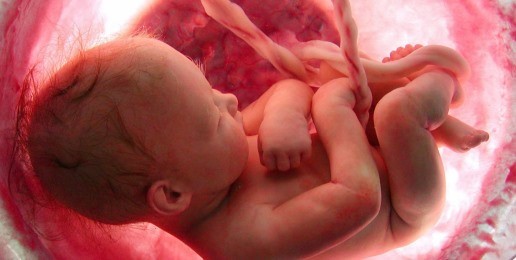 America has been at war over abortion for the last four decades and more. When the U.S. Supreme Court handed down its decision in Roe v. Wade, the court’s majority attempted to put an end to the abortion question. To the contrary, that decision both enlarged and revealed the great moral divide that runs through the center of our culture.

Most Americans seem completely unaware of the actual contours of the abortion debate as it emerged in the early 1970s. In 1973, the primary opposition to abortion on demand came from the Roman Catholic Church. Evangelicals — representative of the larger American culture — were largely out of the debate. At that time, a majority of evangelicals seemed to see abortion as a largely Catholic issue. It took the shock of Roe v. Wade and the reality of abortion on demand to awaken the Evangelical conscience.

Roe v. Wade was championed as one of the great victories achieved by the feminist movement. The leaders of that movement claimed — and continue to claim — that the availability of abortion on demand is necessary in order for women to be equal with men with respect to the absence of pregnancy as an obstacle to career advancement. Furthermore, the moral logic of Roe v. Wade was a thunderous affirmation of the ideal of personal autonomy that had already taken hold of the American mind. As the decision made all too clear, rights talk had displaced what had been seen as the higher concern of right versus wrong.

Also missing from our contemporary cultural memory is the fact that many Republicans, as well as Democrats, welcomed Roe v. Wade as the next step in a necessary process of liberating human beings from prior constraints. Yet, we now know that even more was at stake.

Tapes recently released by the Nixon Presidential Library reveal that President Richard M. Nixon, who had been considered generally opposed to abortion, told aides on January 23, 1973 (the day after the decision was handed down) that abortion was justified in certain cases, such as interracial pregnancies.

“There are times when abortion is necessary. I know that. When you have a black and a white,” said Nixon. President Nixon’s words, chilling as they are, are also a general reflection of the moral logic shared by millions of Americans in that day.

As a matter of fact, one of the dirty secrets of the abortion rights movement is that its earliest momentum was driven by a concern that was deeply racial. Leaders such as Margaret Sanger, the founder of Planned Parenthood, argued quite openly that abortion and other means of birth control were necessary in order to limit the number of undesirable children. As she made clear, the least desirable children were those born to certain ethnically and racially defined families. Sanger, along with so many other “progressive” figures of the day, promoted the agenda of the eugenics movement — more children from the “fit” and less from the “unfit.”

President Nixon, speaking off-the-cuff about the Roe v. Wade decision handed down just the day before, did register his concern that the open availability of abortion would lead to sexual permissiveness and a further breakdown of the family. Nevertheless, he carefully carved out an exception for interracial pregnancies.

Nixon’s comment, made almost 40 years ago, was strangely and creepily echoed in comments made by Supreme Court associate Justice Ruth Bader Ginsburg. In an interview published in The New York Times Magazine, Justice Ginsburg made her absolute support of abortion on demand unconditionally clear. She tied her support for abortion to the larger feminist agenda and lamented the passage of the Hyde Amendment which excludes the use of Medicaid for abortions. The Supreme Court upheld the Hyde amendment in 1980, surprising Ginsburg, who commented:

“Frankly I had thought at the time Roe was decided, there was concern about population growth and particularly growth in populations that we don’t want to have too many of. So that Roe was going to be then set up for Medicaid funding for abortion.”

Justice Ginsburg’s comments were made in the context of comments about her hopes for feminism and her anticipation of being joined at the court by Justice Sonia Sotomayor, then about to begin confirmation hearings. The larger context of Justice Ginsburg’s comments do not provide much assistance in understanding whether she was speaking of her own personal convictions or describing what was being thought by others at the time.

Of greatest importance is the fact that Justice Ginsburg’s comments reveal the racial, economic, and ethnic discrimination that was at the very heart of the push for abortion on demand throughout much of the 20th century. Also revealed is Justice Ginsburg’s virtually unrestricted support for a woman’s right to an abortion. In the interview, she goes so far as to lament the fact that the language of Roe v. Wade mentioned abortion is a decision made by the woman and her physician. As Justice Ginsburg told The New York Times, “So the view you get is the tall doctor and the little woman who needs him.”

The American conscience remains deeply divided over the question of abortion. Tragically, we have never experienced a sustained, reasonable, and honest discussion about abortion in the society at large. One step toward the recovery of an ethic of life would be an honest discussion about the actual agenda behind the push for abortion on demand. Proponents of abortion rights do everything they can to hide the ugliness of the agenda behind the comments made by President Nixon and Justice Ginsburg.  Nevertheless, the truth has a way of working itself into view.

Just take a good look at the comments made by the late President and the current Justice. Furthermore, ask yourself why there is such racial disparity in abortion. Those comments turn more chilling by the day.