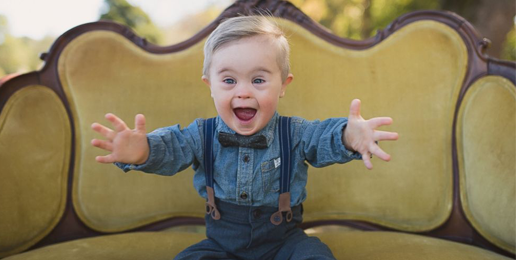 I have had two children; I was old enough, when I became pregnant, that it made sense to do the testing for Down syndrome. Back then, it was amniocentesis, performed after 15 weeks; now, chorionic villus sampling can provide a conclusive determination as early as nine weeks. I can say without hesitation that, tragic as it would have felt and ghastly as a second-trimester abortion would have been, I would have terminated those pregnancies had the testing come back positive. I would have grieved the loss and moved on.

That’s an excerpt from an op-ed penned by Ruth Marcus, editor for the Washington Post and Harvard Law School grad.

Been there, not done that.

My late wife Mary Hickey was a beautiful and wickedly smart woman. More important, she was the loving mother of my three children.

In 1988, we learned that we were to be blessed with our second child. Fifteen weeks into Mary’s pregnancy she was tested via the same amniocentesis ritual described by Ruth Marcus. Mary’s obstetrician was a woman who determined there was a 99.9% surety that our child would be a Down Syndrome baby.  Mary responded, “So what?”

The doctor snorted, ” Well, I would abort it ASAP.”

Mary also called her a name I won’t repeat and shopped for a physician who would first, do no harm.

Our son was born, and he is a big healthy, happy, strapping broth of a man, who was captain of his high school football team and is now a stationary engineer.

Science.  Think about it.

I am an English teacher, and Mary was an art teacher. Mary died in 1998 and ordered me to send all three children to Catholic schools. I did. Sadly, they were raised by me and without this smart and loving woman.

I can be as much a monster as the worst of people. My literary studies taught me that a monster is a warning/a portent. The word comes from the Latin monere: to warn.

We all have monsters within us, but those of us who have metaphysical connections to eternal truths–that is the  belief in God–fear Him who created us out of love more than the monsters we create out of our fears, insecurities or vices.

The Greeks created a monstrum horrendum in the character of the first feminist Medea. Medea slaughtered her sons to show the gods that no man could hurt her “when Jason deserted Medea for the daughter of King Creon of Corinth; in revenge, Medea murdered Creon, his daughter, and her own two sons by Jason and took refuge with King Aegeus of Athens, having escaped from Corinth in a cart drawn by dragons sent by her grandfather Helios.”  She then, like Ruth Marcus, moved on.

She could have it all and she married King Aegeus who dumped her when she tried to poison his son Theseus. Kill your kids, why not kill other people’s kids. That is the mad genius of abortion supporters, ” I would have grieved the loss and moved on.” Monstrous.

Ruth Marcus offers sober and clinical reasons for aborting a Down Syndrome child that all add up to selfishness:

I’m going to be blunt here: That was not the child I wanted. That was not the choice I would have made. You can call me selfish, or worse, but I am in good company. The evidence is clear that most women confronted with the same unhappy alternative would make the same decision.

I am going to be blunt here, an Austrian paper-hanger was in good company from 1933-1945.  Monstrous.