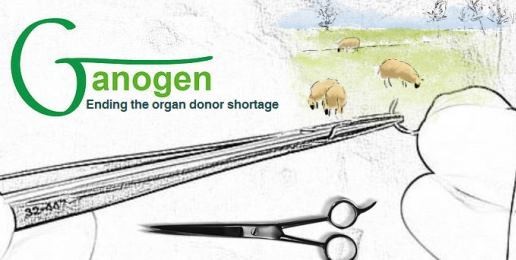 A developing effort in the United States to turn the organs of aborted babies into a commodity is  a technology bereft of morals, contend a number of pro-life leaders.

“This kind of Frankenscience could lead to more abortion because of the obvious profit motive,” said Leslie Hanks of Colorado Right to Life.

She warned it could be the first step to owning and patenting certain human DNA patterns or even actual human beings.

“Truly the stuff of science fiction, an abomination to Almighty God and sadly a further commodification of human beings,” she told WND.

WND reported this week on what the Genetic Literacy Project website calls xenotransplantation.

The process, being developed by the California company Ganogen, removes the organs from aborted babies, transplants them into a rat or pig and then allows them to grow so they can be transplanted into a human.

Work initially has been done on kidneys.

The Genetic Literacy Project suggested the biggest question would be, “Would you accept an organ from a pig, cow, baboon or a chimpanzee to save your child’s life, or your own?”

It published statistics making its case: More than 123,000 Americans require an organ transplant, but fewer than 30,000 will get one, leaving 21 people to die each day “waiting.”

But members of the pro-life community were alarmed at the reports.

Eric Scheidler is executive director of the Pro-Life Action League, which has been at the forefront of fighting abortion for a generation.

“It’s telling that Ganogen refers euphemistically to ‘discarded human organs’ – they know (that) admitting these organs are harvested from aborted babies will make people recoil. Is it worth it to extend your life with an aborted baby’s heart or kidneys?”

He continued: “But as macabre as this technology is, it does give the lie to the abortion industry’s claim that unborn children are not living human beings. Their humanity is precisely what makes these transplants possible.

“It’s horrifying to think that a company would exploit the deaths of these children in this way, or that sick people would be willing to purchase more years of life at such a moral cost.”

Troy Newman, president of Operation Rescue, also has been a prominent foe of abortion, once buying a building that had housed an abortion business to make sure it was shut down.

“They kill [a baby] in order to grow and harvest organs, and then make a profit,” he said.

He suggested that in such research, there no longer really are any ethics.

“The only thing unethical is to fail to make a profit. It’s anything-goes, full-speed, lead-foot-on-the-gas pedal.”

He cited science fiction movies such as “Coma,” which depicted organs harvested from humans.

“The present has moved beyond science fiction,” he said.

Newman, along with co-worker Cheryl Sullenger, compiled the results of their work to remove abortion from communities in “Abortion Free: Your Manual for Building a Pro-Life American One Community at a Time.”

The book outlines how to find out who does abortions, learn if they are licensed and expose any criminal activities.

WND’s report noted a statement from Eugene Gu, the CEO of Ganogen in Redwood City, California: “Our long-term goal is to grow human organs in animals, to end the human donor shortage.”

But even science publications immediately recognized the ethical problem. For each organ obtained to transplant into a rat or a pig to later help a needy adult, an unborn baby must be killed.

The dilemma is similar to the controversial and so far largely unsuccessful use of embryonic stem cells.

Jim Sedlak, spokesman for the American Life League, the largest grassroots Catholic pro-life movement in the U.S., called the transplant program “totally immoral” and “another outlandish use of aborted babies to produce results that humans think are good.”

“We are totally opposed to any use of aborted cells from human beings to grow organs or for any other purpose,” he said. “Someone died in order for these organs to be grown.”

A video by Ganogen glosses over the source of the organs by euphemistically calling them “discarded.” But obtaining viable human organs requires working in concert with abortion businesses.

The company video explains it is working to end the donor shortage “through organ engineering.”

“This technology is applicable not just to the kidney, but to every kind of organ in the body,” Gu told Natural News.

Natural News said that if the process proves to be successful on a larger scale, “it forebodes a future in which aborted human babies become a commercial commodity for companies to capitalize on artificial organ development.”

CBS News reported the research raises the ethical questions of whether it is acceptable to use human fetal organs in research or to transplant human organs into animals.

Arthur Caplan, a bioethicist at Langone Medical Center in New York, told CBS there really isn’t any debate to be had.

“American society is morally uncomfortable enough about abortion that growing organs from fetal remains will never be accepted, and will be banned in state after state.”

WND reported several years ago on the developments in the embryonic stem cell controversy, a procedure created at Johns Hopkins to obtain stem cells, the basic building blocks of human life, without destroying embryonic life.

“Taking a cell from an adult and converting it all the way back to when that person was a 6-day-old embryo creates a completely new biology toward our understanding of how cells age and what happens when things go wrong, as in cancer development,” Elias Zambidis, an assistant professor of oncology and pediatrics at Johns Hopkins Institute for Cell Engineering and the Kimmel Cancer Center, said at the time.

Just this week, a report from the Christian Institute in the United Kingdom revealed how much progress has been made on using adult stem cells, which unlike embryonic stem cell research, does not require death.

The report said the treatment had uses a patient’s own stem cells and “enabled some wheelchair-bound sufferers to walk, run and even dance again,” and enabled “one partially sighted man” to recover his sight.