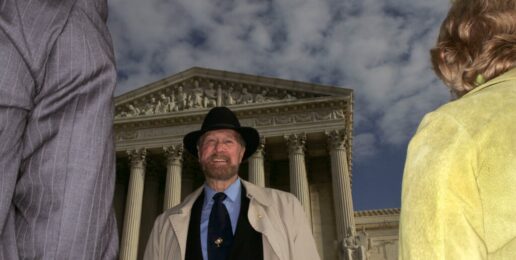 Joe Scheidler, sometimes referred to as the “godfather of pro-life activism,” was laid to rest earlier this week. He passed away on Monday, January 18th at his home. He was 93 years old.

The founder of the Chicago-based Pro-Life Action League, Joe  was greatly admired by many in Illinois and across the country. He and his wife Ann were singularly focused on defending the sanctity of life. Winsome even in the face of withering personal and legal assaults, Joe was steadfast for the cause of life.

The left-wing New York Times published this about Joe:

His significance can be measured in the opposition he engendered. In 1986 the National Organization for Women sued him, arguing that by threatening to impede the work of abortion clinics, he was guilty of extortion and racketeering — one reason his allies and adversaries alike called him the “godfather” of the anti-abortion movement. The lawsuit, which he eventually won, lasted 20 years, one of the longest federal cases in history.

His oldest son, Eric Scheidler, told the Chicago Sun-Times that his father “devoted five decades of his long life to proclaiming the value of human life at its most vulnerable stage, the child in the womb.”

We will miss Joe and will continue to pray for his family and the vital work of the Pro-Life Action League. Joe and Ann have seven children,  27 grandchildren, and one great-granddaughter. May his pro-life legacy be passed down through the generations.

The Importance of Value Voting

The Importance of Value Voting
b
a
x
r