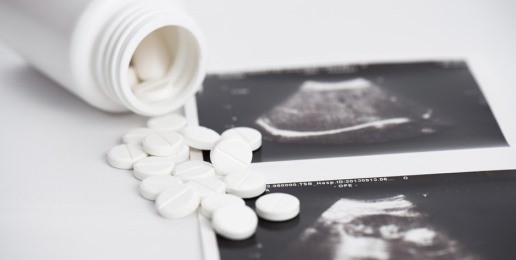 In a stunningly reckless move, the Obama Food and Drug Administration recently relaxed standards for administering the abortion pill RU-486, allowing it to be used to abort children who are more developed in the womb and, shockingly, requiring even less physician supervision of a drug that has hospitalized and even killed women.

Last week, members of Congress asked the FDA to show the scientific evidence it used to justify loosening the guidelines for such a dangerous drug. Concerned that the decision was a political one and not one based on safety, Congress has also asked for copies of all communications between the White House, the FDA, and Planned Parenthood.

Despite the controversy, Planned Parenthood called the FDA’s decision to loosen the pill’s protocol “great news,” likely because of the new business it will get from being able to advertise the expensive pill to women with later-term pregnancies. Planned Parenthood’s abortionists will also be required to spend less time with individual clients.

RU-486, or mifepristone, was first approved in 2000 to chemically abort preborn children up to seven weeks into pregnancy (counting from a woman’s last menstrual period). With this latest move, the FDA expanded its use to ten weeks.

Let me tell you what a baby at ten weeks looks like. Despite the euphemisms the abortion industry uses to dehumanize them, these children aren’t just “clumps of cells.” At ten weeks, a baby has arms and legs, and she can suck her tiny little thumb, open and close her jaw, stretch, and even sigh.

And contrary to what the abortion industry tells women, the RU-486 protocol is not a simple set of pills that make a pregnancy magically disappear. Mifepristone cuts off blood and nutrients to the growing preborn baby, slowly starving her inside the womb over the course of a day or two. After the baby is assumed dead, the mother takes another drug — misoprostol — that causes intense contractions and heavy bleeding, which forces her dead baby from her womb.

Abortionists don’t want to stand around and wait for this long process to take place, so the FDA also relaxed the amount of supervision abortionists are required to provide, leaving women mostly on their own during the abortion.

That’s right, during this multi-day process, a woman is often alone at home with absolutely no medical supervision. She’s told to sit in the bathroom as she goes through hours of bleeding and contractions and eventually bleeds her baby into the toilet.

You can see exactly how RU-486 works and how developed the baby is at the time in this short medical animation of what occurs inside the womb. In the video, Dr. Anthony Levatino, an OB/GYN who performed over 1,200 abortions, also discusses the pill’s effects on the mother. The video is part of Live Action’s new AbortionProcedures.comwebsite, which shows medically accurate animations of the four most prevalent abortion procedures.

If the Obama administration cares as much about women as it claims, it’s hard to imagine why the Obama FDA told abortionists that they could be even more hands-off.

The situation is even more frightening when you realize that in states that don’t require parental consent for abortions or that have ways of getting around it, minors can get the abortion pill and go through this dangerous days-long abortion without any adult or medical supervision.

The pill also presents a dangerous complication for women who have undetected ectopic pregnancies, where the embryo implants in a place other than the uterus, often in one of the fallopian tubes. RU-486 is ineffective in ending an ectopic pregnancy. While the mother thinks she has aborted her child, the preborn child may continue to grow in this hostile environment, leading to the eventual death of the child and internal rupturing, severe bleeding, and possible death for the mother.

No one can deny the financial benefits to the abortion industry of these new, slacker rules. Not only does allowing the abortion pill to be used later in pregnancy open the doors to new clients, it also guarantees a greater failure rate for the pill, subjecting some mothers and their babies to two abortion procedures. That’s because the more developed the baby, the greater the failure rate of the pill.

At the new ten-week limit, the FDA’s own numbers show the chance of an incomplete chemical abortion is more than triple the rate of the prior seven-week limit. That means under the new guidelines, in three times as many cases, abortionists will have to follow up with — and may charge for — a second, surgical abortion.

In the end, loosening the restrictions on such dangerous drugs doesn’t make “health care” more accessible to women. Instead, it shows what little regard the Obama administration and the abortion industry have for mothers and the vulnerable lives developing inside them.

The antidote to their recklessness is to share the truth about the harm chemical abortions do to both mother and child. Perhaps then, mothers will see that this latest move isn’t about making things better for them, but about President Obama paying back an industry that has given him millions in campaign contributions and now wants something in return.

Lila Rose is the president and founder of Live Action.

This article was originally posted at NationalReview.com

The Exterminators’ Enemy Number One
b
a
x
r