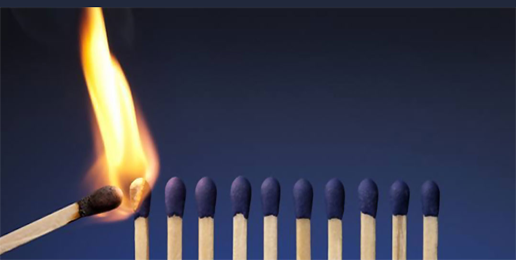 Tolerating The Intolerant: The Tipping Point of Multiculturalism
07.07.17
PRINT

It is often necessary to look backward to move forward.

The United States of America was founded upon the democratic principles of freedom, equality, justice, and upward mobility – the opportunity to assert power over oneself and determine one’s own destiny. “Only in America” describes the wonder of upward mobility where success is determined by the individual not by the State. Unlike its English predecessor, American democracy guaranteed that in America it was not necessary to be born into wealth or born into the ruling aristocracy to achieve financial success or political power. The United States guarantees religious freedom to its citizens and further guarantees the separation of Church and State.

The United States of America is the greatest experiment in individual freedom ever created anywhere in the world. It has existed as the dream and beacon for freedom of oppressed people everywhere seeking refuge and safety from the tyranny of their own despotic governments. Since its inception the United States has welcomed freedom lovers who assimilate and embrace the United States Constitution, laws, traditions, and cultural norms through the process of legal immigration. We have been enriched by the contributions of legal immigrants in science, art, literature, music, medicine and every other sphere of American life. The combination of upward mobility and individual freedoms guaranteed by the Constitution and incentivized by the opportunity for success produced the most powerful nation on Earth.

Historically the multiple cultures and people of the world were separated by physical and/or national boundaries. Wars were fought and boundaries changed but cultures and people with shared values shared their space. Immigration challenges societies with multiculturalism because immigration imports people with values and cultural norms unlike the host country. As long as the differences in cultural norms and values are secondary like foods, dress, holiday celebrations multiculturalism works. The difficulty arises when cultures with primary conflicting cultural norms and values attempt to occupy the same space in a country.

A society’s primary values and cultural norms are reflected in definitions of mental health and mental illness specific to that culture. The definitions identify what is acceptable and unacceptable behavior and those values and norms are codified into laws that govern that society. Muslim societies governed by sharia law revere a father murdering his disobedient daughter as an “honor” killing. In Western society governed by secular Constitutional law a father murdering his disobedient daughter is an intolerable criminal offense punishable by imprisonment or death. Murdering an infidel, an apostate, a homosexual, or a disobedient wife are endorsed and rewarded by Islam. In Western societies all four are intolerable criminal offenses punishable by imprisonment or death.

The left-wing liberal apologists for Islam deny that irreconcilable differences exist among cultures and they are trying to persuade America that Islam, a supremacist socio-political movement is not a threat to democracy. The Leftists, using their politically correct moral relativism to justify tolerating the intolerable in America have reached the tipping point of multiculturalism by redefining treason as mental illness. Rebranding the threat does not make it any less threatening.

When definitions of mental health shift to accommodate political correctness and moral relativity society is pressured to tolerate the intolerable which threatens existing social norms and the laws that reflect them. In this circumstance mental health becomes politicized and can be used to defend the indefensible. When North Carolina psychologist tried to assert that an American jihadi was mentally ill the question becomes, “Mentally ill by whose standards?” The jihadi is considered a hero in Islam and a criminal in America. Western men and women who reject their Western cultural norms and embrace Islam and sharia law cannot be considered mentally ill if they embrace Islam. Their choices have consequences. They may renounce their Western cultural norms but must still be judged by them.

Apologists for Islam have curtailed their indefensible defense of Islam as a religion of peace and have launched a new campaign to present Islamic jihadi recruits as mentally ill. This new strategy was applied recently to defend jihadist Justin Sullivan in North Carolina. Reported by JihadWatch on June 28, 2017:

“Sison, a veteran federal public defender from Asheville, called one witness-a Durham psychologist who testified that Sullivan suffers from psychological problems that could spiral into full-fledged schizophrenia if does not receive adequate prison treatment or is housed with hardened inmates. Under questioning by Savage, Dr. Jim Hilkey said that during his 15 visits with Sullivan, his patient remained ardent in his Islamic beliefs and had not expressed remorse.”

Cultural relativity whether accepted as normative or defined as mental illness is problematic because both create social chaos.

Consider a society of cannibals for whom eating human flesh is normative. If an American travels to parts of tropical Africa where cannibalism is the cultural norm or learns of cannibalism on the Internet and decides to cannibalize his neighbor should he be considered mentally ill and absolved of his crime? Should he be free to cannibalize people because he has embraced cannibalism and it is normative in tropical Africa? The problem with cultural relativity is that it only works in subjective reality. In the real world of objective reality cannibals cannot be tolerated in non-cannibal societies because accepting the hostile norms of the cannibals is an existential threat to the non-cannibals.

Perhaps the Leftists will defend cannibalism on the grounds of moral relativity or cultural relativity. Perhaps they will set up cannibal courts and establish a two-tier system of justice one for cannibals and one for non-cannibals.

Cultural and religious freedom guarantees cultural and religious tolerance but when tolerating the intolerable become an existential threat to society the tipping point of multiculturalism has been reached. Cultural relativity that posits all cultures are equal in value is diametrically opposed to civilized society, the rule of law, and the Constitution. Religious freedom does not require American society to import or support those who wish to transform American social norms rather than assimilate into American society.

There must be limits of tolerance in a tolerant society because tolerating the intolerable is the tipping point of multiculturalism. It is cultural suicide to tolerate the intolerable.