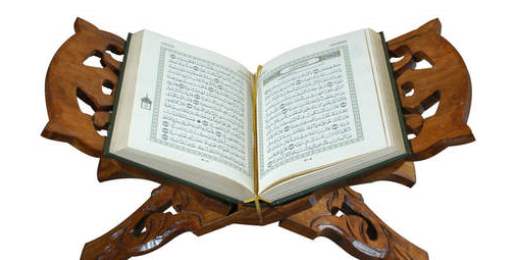 Confucius once said, “The beginning of wisdom is to call things by their proper name.” When it comes to radical Islam, it’s clear that too many people have chosen foolishness over wisdom. The question is, in these dangerous times, are there enough of us willing to embrace wisdom?

Our answer will go a long way toward determining whether the West, founded upon Judeo-Christian principles, will prevail over radical Islam. For, as Louisiana Gov. Bobby Jindal said recently, “You cannot remedy a problem if you will not name it and define it.”

The Obama administration’s verbal contortions over the nature of our self-avowed enemies would be comical if they weren’t so seriously misguided. After a recent atrocity by the Islamic State (also called ISIS or ISIL), the president opined, “ISIL is not ‘Islamic.’ No religion condones the killing of innocents, and the vast majority of ISIL’s victims have been Muslim.” Following the Charlie Hebdo attacks, former Vermont Gov. Howard Dean offered this: “I think ISIS is a cult. Not an Islamic cult. I think it’s a cult.” These statements bring to mind the odd Bush administration mantra after 9/11: “Islam is a religion of peace.”

Then there’s the absurd statement by one of the current president’s spokesmen. He asserted that the Taliban—which murdered nearly 3,000 Americans on 9/11 and which saw one of its affiliates slaughter 132 schoolchildren and nine staff in Pakistan—isn’t a terrorist group. No, it’s merely an “armed insurgency.” Cut from the same cloth is the refusal by Al Jazeera’s English service to use words such as “terrorist,” “jihad,” and “Islamist” when describing Al-Qaeda and ISIS. As one executive at the network said, “One person’s terrorist is another person’s freedom fighter.”

Contrast this kind of politically correct denial with the growing realization in Europe that things must be called by their proper names. The massive march in Paris after the Charlie Hebdo massacres is one sign. Another is the willingness of growing numbers to speak up.

“Europe has tacitly accepted that from now on the freedom of satire is valid for everything but Islam,” writes Angelo Panebianco in Italy’s Corriere della Sera newspaper. “Now [Islamists] are aiming for a more ambitious objective to strike at the religious heart of the West, forcing us to accept that not even the pope is free to reflect aloud on the specificity of Christianity or that which differs from Islam.”

Czech President Miloš Zeman warns that the world faces a challenge similar to the Nazis. “We have to ask ourselves if a repeat of the Holocaust could happen,” Zemen said in a recent speech in Prague marking the 70th anniversary of the liberation of Auschwitz. “This time it would not comprise 6 million Jews, but rather members of countless faiths as well as atheists—and even Muslims. Which is why I would like to welcome the fact that moderate Arab countries recently joined in the battle against Islamic State.”

Another president, Egypt’s Abdel-Fattah el-Sissi, says it is time for a fresh start for Islam, which he avows is a tolerant religion. “The terrible terrorist attacks which we have seen and this terrible image of Muslims is what led us to think that we must stop and think and change the religious discourse,” he said, “and remove from it things that have led to violence and extremism. We need a new discourse that will be adapted to a new world and will remove some of the misconceptions.”

Removing those things won’t be easy. In an editorial, National Review acknowledges that most Muslims worldwide seek to live peacefully with their non-Muslim neighbors. But that does not end the discussion about whether Islam is a tolerant faith or ISIS killers are “true” Muslims.

The editorial notes “a large minority of Muslims—maybe hundreds of millions worldwide—who cleave to interpretations of their faith that enjoin murder, rape, torture, and cruelty as pious, even mandatory, acts. They take their diabolic faith seriously, and the result is what we saw in Paris. . . .

“Thus, there are in practical terms two Islams—a religion, if not of peace, then of peaceful accommodation, and a religion of death.”

That is so for several reasons that cannot be dismissed lightly. First, there appear to be two basic approaches to interpreting the Qur’an and how to make sense of verses that call for violence, side by side with those that call for peace and tolerance.

The older, classical school of interpretation, the one followed by the Islamists, endorses what is called the “law of abrogation.” This law, actually a hermeneutical principle, says that earlier verses in the career of Muhammad must be interpreted in light of later ones. If there is an apparent contradiction, they say the later ones must hold sway. Defending this approach, they point to verses such as 2:106: “When we cancel a message, or throw it into oblivion, we replace it with one better or one similar. Do you not know that God has power over all things?”

The problem for those who insist that “Islam is a religion of peace” is that the later verses reflect the more warlike stance of Muhammad and the Muslim community, when the movement was strong and aggressive. So the oft-cited verse, “There is no compulsion in religion” (2:256), has been abrogated in the minds of Islamists. They point to later verses, such as 9:5: “Kill the polytheists wherever you find them and capture them and besiege them and sit in wait for them at every place of ambush.” They say the later, more violent verses are controlling.

Of course, so-called “moderate Muslims,” such as El-Sissi, disagree. They point out that the law of abrogation implies that the Qur’an has errors, which they do not believe. It is an ongoing theological debate among Muslims worldwide.

There is a second reason we cannot dismiss the fact that there are at least two Islams around the globe. Simply put, there is no interpretative authority that all Muslims recognize. There is no “pope” or modern-day prophet to resolve all the theological disputes within Islam. Not only are there two main branches of Islam—Sunni and Shi’a—there are multiple religious leaders, each with varying levels of influence. While all Muslims revere the Qur’an and Muhammad and seek to follow the Five Pillars, they do not agree on all the particulars of the religion. Whatever you or I might think of the “true” DNA of Islam, if this global faith of 1.6 billion people is ever going to settle on a peaceful vision, it won’t be non-Muslims who talk them into it.

That’s why pronouncements from the White House or various media quarters about what constitutes “true Islam” are ludicrous. These self-appointed experts about Islam might as well declaim on whether all Christians must come under the authority of the pope.

Islam, in practical terms, is however Muslims themselves practice it—peacefully and violently. Let us pray for and encourage the former, knowing also that God is drawing many Muslims to Christ these days. But let’s also recognize that simply wishing for something doesn’t make it so.

We can start by calling things by their proper names.