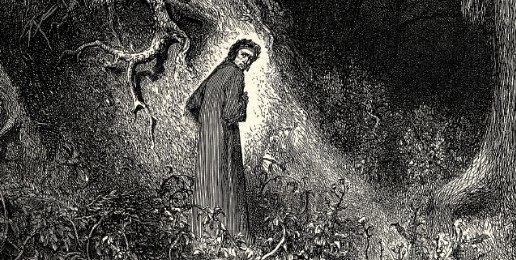 Yea, Though I Walk Through The Uncanny Valley
05.18.20
PRINT

No, you’re not crazy. They just want you to feel that way.

There is a special flavor of cognitive dissonance experienced by those confronted with the dawning of a collectivist utopia. It’s found in the twilight between luminescent NuThink and the benighted remainders of objective reality that we plebs cling to so bitterly.

Allow me to illustrate.

Recently, as I perused the social media headlines about the present plague year, I came across a news item whose image featured the governor of Pennsylvania and his secretary of health, Dr. Rachel Levine, who is, in fact, a man. It struck me because the news was not about Dr. Levine’s chimeric redefinition. Rather, it was a serious news piece about a serious issue, and the doctor was peripheral to the point of it. The presentation of such an incongruity–an appointed official whose gender LARP (Live Action Role-Playing) is only slightly more convincing than that of Corporal Maxwell Klinger–without the slightest batting of an eyelash, is the whole game in a nutshell.

You see friend, it requires no acknowledgement, since there is nothing of note here. Only the grotesquely gauche would stumble. We have serious business to do here. Please focus.

The deadpan delivery leaves you feeling gaslit by the reality being proffered. The implicit assertion is not truth, but the situation itself is reality, formed by consensus, and presented without comment.

This collective lack of acknowledgement, cemented by the integration with serious business being done, makes anyone who is tripped up by the disjoint feel that they are on the outside. Anyone hampered by a pedestrian tethering to pre-postmodernism is made to feel the keen edge of their status as other.

It’s akin to walking into a business meeting and finding one of the participants is wearing a bear suit. “What’s with the bear suit?” you ask. You are simply met with cold stares.

This feat of quiet ostracism, this sudden sense that one is an ideological castaway, coalesces all of a sudden. A breeze blows through you, and you realize the season has changed.

You are being gaslit but not by a sociopathic manipulator. The growing psychic pressure is the constricting consensus of an increasingly popular fabricated reality. You are on the business end of a casual conspiracy of complicity. There is a new set of tracks that your train of thought just doesn’t run properly on. You are given two choices: reconfiguration or derailment.

You keep entering business meetings, to be silently greeted by a fellow in a bear suit.

You’re going to keep getting this lesson until you learn it. Capisce?

In After the Ball, a diabolically masterful turnaround strategy created to take American homosexualism from reviled to revered, authors Marshall Kirk and Hunter Madsen laid out a pathway to bring us to this present moment of bear suit ubiquity. It began with desensitization, progressed through leveraging perceived commonalities, and promised powerful acceptance.

When you’re very different, and people hate you for it, this is what you do: first you get your foot in the door, by being as similar as possible; then, and only then – when your one little difference is finally accepted–can you start you start dragging in your other peculiarities, one by one. You hammer in the wedge narrow end first. As the saying goes, Allow the camel’s nose beneath your tent, and the whole body will soon follow.

Once the concept of tolerance was deformed to mean acceptance, and love was refashioned to include things for which it was not designed, it was clear that The Plan was getting far more cultural traction than anyone had dreamed possible. As the sea change continued, the launching of Same Sex Mirage was a fait accompli. Always, you will note, brought to market in the carefully constructed context of simulated normalcy.

The weight of normalcy packaging + the momentum of previous acceptance = the psychic force applied to dissenters who note the incongruities.

This simulacrum of normalcy, coupled with the raised stakes of whatever novel idea is being introduced, creates an uncanny valley of experience. It’s designed to camouflage the situation such that it sufficiently approximates reality for the initiated, but to the sober-minded, the differences create dissonance. That dissonance is designed to cleave off the bitter clingers–to refuse entry to the non-compliant, and convince them that they are the ones failing to grasp this democratically elected reality.

The pressure can feel immense at times–not the Lilliputian arguments for NuThink–but their collective power to layer up, entangle and enervate. Yes, you can see each point where things got ratcheted up, but the cumulative effect–that you feel.

The most recent gut punch happened when I (virtually) encountered “Dr. Glitterbear,” a Rutgers University professor, in his unicorn-jammie-and-white-pumps ensemble. He had apparently led the charge to have a fellow PhD’s published paper about gender anarchy retracted due to its NuThink compliance failure.

Yea, though I walk through the uncanny valley, I will brook no evil.

As has been noted by those who have experienced totalitarian rule, this immense pressure to conform to a synthesized consensus exerts a real toll on the non-compliant. Presented with each new escalation, the mind struggles like an up-ended turtle wriggling to regain its feet.

It can be exhausting and disheartening to keep the turtle righted.

First, know what the truth is and why it is the truth. If you’re reading this, I will assume that you’re likely well-engaged in this process. Understand that we are in an ontological crisis where millions are being swept out to sea. Know how to anchor to the fixed bedrock of actual truth. While this battle is presented as a quibble over small changes, you must understand that it’s actually a conflict over whether reality is already defined or ad-libbed. For anyone adhering to a belief in Logos and Creation, the definitions are fixed and non-negotiable.

Second, don’t lose your equilibrium. When wading through strong opposing forces, it’s easy to overcompensate. Movements become exaggerated, and overreactions can abound. It’s oh-so-easy to become shrill, alienated, or paranoid. It’s simple to get knocked back into reflexive overreaction. Learn to find grace under pressure, and don’t allow yourself to be distorted by your exertion against the onslaught.

Third, encourage and invest in others to strengthen the bulwark against this flood of Dionysian dissolution. Maintaining relationships with other people who are also committed in their fidelity to truth is important. Though one may be overpowered, two can defend, and a cord of three strands is not easily broken.

Finally, do not think it strange, this fiery trial which is upon us. Be encouraged that the Truth Himself was similarly opposed, and so we now share in that same suffering. Having done all, stand. Simply bearing witness to truth in a raging sea of illusion, is a Kingdom act.

“Ignatius Amadeus has been a brand messaging professional for over two decades, and his writing focus is on society, culture, and communication. His desire is to examine, understand, and express what is happening in our nation in order to clarify and see things move in a restorative direction. A typical Gen-Xer, he is most at home in a mashed-up kaleidoscope of the banal and sublime. His interests range from theology to cinema to fine art and music. Oh, and obsolete technology. He thinks that’s fun, too.”