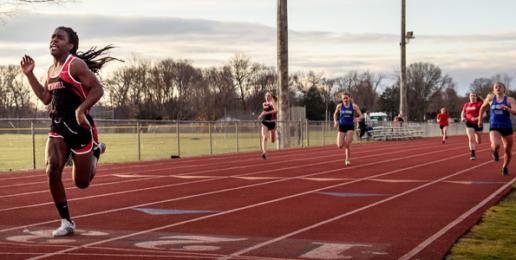 If our world survives a few more generations, historians will doubtless look back at our current era and ask, “Was there something in the water? Something in the air? How is it that an entire society went mad at the same time?”

If you’ve read my columns over the years, you know I have compassion for those who genuinely struggle with their gender identity. That is something I wouldn’t wish on anyone, something I do not treat lightly. At the same time, you know that I have often spoken against today’s cultural madness in which perception becomes reality.

In the latest example of that madness, the Boston Marathon (among other marathons) has announced that men who identify as women can compete with the women.

Since everyone runs together, it would simply mean that their times would be compared with the times of the female runners. And since both the male winner and the female winner receive the same prize money ($150,000 in Boston), if a man who identifies as a woman beat the other ladies, he would win the prize.

Again, I’m not questioning the fact that some men believe they are really women (and vice versa). I’m simply stating the obvious: These men are not biological women, and it is not fair for a biological male to compete against a biological female. It doesn’t take a rocket scientist at MIT to explain these simple facts.

But who cares about facts these days? What I feel is the only thing that matters. My morality. My truth. My reality.

Yet this corporate insanity is not limited to America.

Writing for the Daily Wire, Amanda Prestigiacomo tells us what is happening in Iran:

“The Iranian ‘women’s soccer team has found a loophole. Instead of comprising a team of actual women, they have added on eight full-grown men who they claim are transgender and awaiting sex changes.

“‘The country’s football association was accused of being “unethical” for knowingly fielding eight men in its women’s team,’ reports The Telegraph.

“‘[Eight players] have been playing with Iran’s female team without completing sex change operations,’ said Mojtabi Sharifi, an official described as ‘close to the Iranian league.’”

Yes, “Members of the national team were ordered on Wednesday to undergo gender testing. Iran’s soccer governing body implemented random checks in 2014 after four women’s team players were discovered to be biological men who never underwent a sex change.”

If you’re wondering why these male players weren’t noticed before, it’s because, “Players on the Iranian women’s team are mandated to wear long-sleeved jerseys, pants, and hijabs.” (Adding to the sad irony of this story is this: While homosexual acts are punishable by death in Iran, sex-change surgery is “rampant” and is actually pushed on gays by some Islamic clerics.)

To say it once more: I’m not passing judgment on the motivation of these men. I’m not making a determination about the absence or presence of gender confusion in their lives.

I’m simply saying that there’s a reason we have boys’ sports and girls’ sports in our children’s schools (let’s not forget about the locker rooms and showers!). And there’s a reason we divide into male and female sports in every major professional league, as well as the Olympics. Men and women are built differently.

“Weizmann Institute of Science researchers recently uncovered thousands of human genes that are expressed – copied out to make proteins – differently in the two sexes. Their findings showed that harmful mutations in these particular genes tend to accumulate in the population in relatively high frequencies, and the study explains why. The detailed map of these genes, reported in BMC Biology, provides evidence that males and females undergo a sort of separate, but interconnected evolution.”

Is anyone really surprised?

I do understand that a tiny percentage of people have a chromosomal or genetic or biological abnormality, because of which they do not fit neatly into normal categories. But I seriously doubt that the 8 men playing on the Iranian women’s soccer team fit into this unique, neither fully male nor fully female category. Or that Bruce Jenner fits into this category. Or that the first man who will run as a woman in one of the marathons will fit into this category.

“Kate Hall — who last year won the girl’s 100-meter dash Class M state title as a sophomore — came in second to Yearwood at this year’s 100-meter race and was tearful in the aftermath, the Hartford Courant reported.

“‘It’s frustrating,’ Hall of Stonington High School told the Courant. ‘But that’s just the way it is now.’”

Let’s hope it doesn’t stay that way for long.

This article was originally published at AFA.net