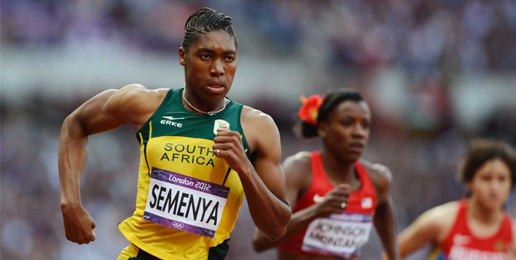 For those who have thought that it will take an outrage of global proportions to restore sanity to the spectacle of feelings-over-science that is transgenderism, I can’t help but think we are on the cusp of that very moment.

Last week I wrote about how it was beginning to dawn on an increasing number of gay and lesbian activists that the doctrine of transgenderism completely undermines their own.  If gender is a fluid, social construct with no binding social or cultural value, then the premise behind homosexuality is obliterated.

Tennis star Martina Navratilova, a pioneering icon of the gay rights movement, found herself on the wrong side of this debate recently.  The former champ was booted from her spokeswoman gig for an LGBT organization because she acknowledged that biological men who are psychologically convinced they are women should not be allowed to participate in women’s athletic events.  Because regardless of their state of mind, their bodies are equipped with the advantages of male skeletal and muscular structure.  It’s an unfair advantage that undergirds the entire concept of having divisions between men and women sports to begin with.

But unfortunately for Martina, the sexual revolution snowball had already rolled too far down the hill to be stopped, and it plowed her over.  So what’s next?  Transgender ideology is taking on the Olympic Games and those who would seek to preserve its dignity and credibility.  Specifically, it’s coming after former Olympians and medalists who understand the mockery that is about to be made of the competition, as well as the Olympic and World records:

Former Olympian Sharron Davies MBE has been accused of “fueling hate” after saying that transgender women should not be allowed to compete in female sport.

The competitive swimmer, who won a swimming silver at the 1980 Olympics in Moscow and two Commonwealth golds, said that her comments were not transphobic and claimed she had spoken to many other female athletes who “feel the same way”.

“I have nothing against anyone who wishes 2be transgender [sic]”, Davies wrote on Twitter.

“However I believe there is a fundamental difference between the binary sex u r born with & the gender u may identify as. “To protect women’s sport those with a male sex advantage should not be able 2compete in women’s sport.”

Davies is obviously correct.  There’s no reason to have “women’s sport” at all if biological men are going to be allowed to compete.  We might as well drop the pretense and make all women compete with all men.  Declare that there are no more “women’s world records” or “women’s gold medals.”

Of course that won’t happen, and consequently this rebellion against science and reason being led by the West is about to topple the integrity of one of the greatest unifying events in human history.