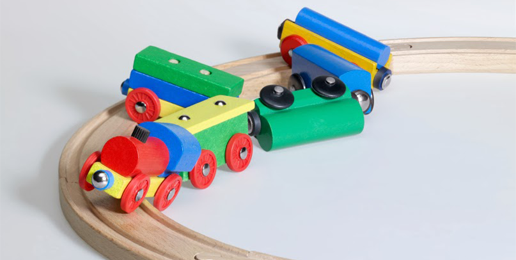 Anyone born before 1990 likely remembers the “tomboys” they grew up with. Well, that was then. This is now. Today those girls are told they’re boys trapped in girls’ bodies, acquiring new names and invented pronouns, cross-dressing, and having their natural puberty treated as an endocrine disorder.

The “trans” ideology, founded as it was on the nonsensical notion that personality traits and interests—rather than biology—determine sexual identity, cannot long stand.

An article published on the website Quillette titled “No One Is ‘Born in the Wrong Body,'” co-written by an endocrinologist, an evolutionary biologist, and a lesbian journalist, blows the incoherent “trans” ideology to smithereens.

They demonstrate that “trans”-activists can’t have it both ways. They can’t rationally argue that sex role stereotypes are meaningless, arbitrary socially-constructed cultural artifacts and at the same time sure indicators of authentic, immutable “gender identity”—a metaphysical phenomenon with a purported (yet undiscovered) physical genesis:

In most cases, the thing that is now called ‘gender identity’ likely is simply an individual’s perception of how their own sex-related and environmentally influenced personality compares to same and opposite sexed people. Put another way, it’s a self-assessment of one’s stereotypical degree of ‘masculinity’ or ‘femininity,’ and it’s wrongly being conflated with biological sex. This conflation stems from a cultural failure to understand the broad distribution of personalities and preferences within sexes and the overlap between sexes.

When a girl reports that she ‘feels like a boy’ or ‘is a boy,’ that sentiment may reflect her perception of how her personality and preferences compare to the rest of her peers. . . .

[T]elling a child that he or she was born in the wrong body pathologizes “gender non-conforming” behavior and makes gender dysphoria less likely to resolve.

The fact is, no child is actually born in the wrong body. Adults should expand their understanding of what normal male and female behavior and preferences look like—which would lead them to appreciate that being male or female comes with a wider range of personalities preferences, and possibilities than old stereotypes would have us believe.”

The idea that preceded the social chaos we now see is the idea that biological sex has no intrinsic meaning and no necessary connection to the now-slippery concept of “gender identity.” “Trans”-activists knew that in order to convince society that the emperor’s peignoir makes him an empress, they had to do some tricksy linguistic work.

They started by severing sex conceptually from “gender.” In this brave new world, biological sex and gender now represent distinct phenomena. Sex denotes the two categories into which the human species is divided based on chromosomes, anatomy, and biology (i.e., male and female), while “gender” refers to those arbitrary, socially constructed conventions and norms associated with males or females. The American Psychological Association defines gender as the “psychological, behavioral, social, and cultural aspects of being male or female.”

At the apex of the radical and incoherent “trans”-ideology sits “gender identity,” which, according to the Human Rights Campaign, is “one’s innermost concept of self as male, female, a blend of both or neither.”

Pose this question to a friend, relative, or colleague who affirms the “trans”-ideology: “What are maleness and femaleness?”

And they can’t coherently say it means liking certain clothing styles or playing with certain kinds of toys, because they’ve already said those are arbitrary socially constructed conventions imposed on humans—that is, “gender.”

Disciples of the “trans”-affirming movement have been advancing their science-denying, intellectually incoherent beliefs at blinding speed. One would think it impossible that the belief that men can become women or that humans can be “born in the wrong body” could catch fire in the modern world, but we don’t live in modernity. We live in postmodernity, which denies the existence of objective reality and objective moral truth.