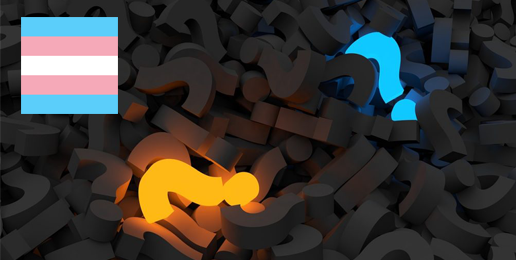 The COVID-19 pandemic revealed a viral pattern in the media of seizing on research from elite institutions to once and for all prove transitioning is essential healthcare.  As consumers of popular media, the public is becoming wary.

[Yale] Research has suggested that gender-affirming surgery, in particular, has a notable and long-term impact on mental health, but far too often, trans people already wait far longer than is safe or healthy for this care. Further delays can be dangerous and even life-threatening.

Loggins brandishes the Yale study as a victory flag over unsuspecting readers, failing to mention Yale’s strong ties to activism and the fact the study’s findings continue to be challenged.

Most of us recognize how dependent universities have become on endowments, yet we may not be as aware of how “trans”-activism now shapes “trans” research.

Yes, you heard right, “regardless of surgery or hormone treatment,”  “trans”-identified people experience poor outcomes. It’s time to ask just how compassionate is it really to push the biomedical path, as the Vice writer did,  in light of such realities?

Moreover, Weitzer cites Dr. Hansel Arroyo, director of psychiatry and behavioral medicine at Mount Sinai’s Center for Transgender Medicine and Surgery, who warns biomedical treatments are not able to address mental health issues: “We know that people who are clinically depressed will often have a bad surgical outcome including poor wound healing, longer hospital stays.”

Despite the study’s own data failing to support claims of health benefits, NBC’s Serena Daniari stressed surgery as essential. Daniari featured sympathetic portraits of “trans”-identified individuals convinced their distress can only be resolved by surgery.

Simply put, the Yale study does not support that conviction. Daniari relies on Laura A. Jacobs for that.  A psychotherapist and board chair at Callen-Lorde Community Health Center, a New York-based “LGBTQ” health center, Jacobs asserts, “There’s a lot of research that shows that delaying treatment for trans people increases levels of depression, anxiety and suicidal ideation.”

What she doesn’t say is that much of that research is short term, capturing little more than a honeymoon surgical afterglow. As Paul Dirks points out, research typically covers the first few months or years of post-surgery optimism, obscuring potential later regrets. By contrast, the most rigorous studies do not support pinning our hopes on surgery as the cure to dysphoria and suicidal ideation. The much-cited 2011 Swedish study demonstrated negative health outcomes from sex reassignment surgeries.

Over the long haul, “trans”-identified individuals continue to suffer severe mental-health complications even after the recommended hormones and surgery. As Paul Dirks writes, “The mainstream narrative often says that medical transition is well-studied, and that there is academic consensus on its effectiveness.”

Research is only as good as its assumptions. We have seen predictions about the spread of the COVID-19 change, for instance, as revised assumptions affect calculations. What were other unspoken assumptions of the Yale study?  The Yale research team fell back on stigma, economic inequality and victimization for “trans” suicide rates. In reality, the picture is more complicated.

Mission creep is implicated when stigma is assumed. One of the study authors, John Pachankis, heads Yale’s ESTEEM Research Group. An activist objective is stated in the ESTEEM’s research focus on “‘how negative stigma can affect the mental health of LGBTQ individuals’ with the intention to assist ‘members of the community come out of the closet.'”

ESTEEM’s basic operating assumptions include the need to overcome stigma, and that assumption unduly influenced the way data were interpreted.  The result was grandiose claims not supported by the study’s own data.

Since there is nearly universal sympathy for “trans”-identified people and legal protections in Western countries, stigma is the boogie man of “trans”-activism. Yet, especially as regards data from Sweden, Hacsi Horvath, an expert in clinical epidemiology, observes,

If we can take service utilization as a proxy for distress, patients may be at six times higher risk of mental/emotional distress than other Swedes, and that can’t all be from ‘stigma.’

If anything, the Yale study should put to rest the abiding assumption that surgery prevents victimization of “trans”-identified people. Horvath comments:

So in the most liberal country, super accepting of ‘trans,’ these people are totally stressed out, as well as giving up and making serious suicide attempts. These are facts.

All claims that surgery improves “trans” mental health based on the Yale study are premature because as Horvath notes,

We have no clear picture why clinic visits decline somewhat. Given the whole picture, ‘feeling better’ seems possible but not very likely.

Overall, the validity of the Yale research is suspect, as University of Texas sociology professor Mark Regnerus points out:

If this were a clinical trial seeking to establish the efficacy of a particularly invasive medical treatment in comparison with a non-invasive standard protocol, there is no way that these published results would favor the invasive treatment—in this case, ‘gender affirming’ surgery—when the statistical difference in outcomes was so tiny and fragile.

Because it is such a temptation to find a biomedical remedy for those individuals insisting on one, any claims based on the Yale study or others like it in the future, need to be scrutinized for potential bias.

Big money, in particular, is directing research goals and assumptions especially at a time when “trans”-advocacy is pushing hard to make “transitioning” a civil right. After establishing its promotion by big business, Federalist writer Jennifer Bilek characterizes the “trans” movement in the following way:

Far from a grassroots movement born from oppression, it is generated by the highest echelons of society and attempts to linguistically obfuscate its aim of creating an abstraction out of biological reality.

As a result, “trans”-advocacy and big business are increasingly bundled together. Bilek traces the activities of wealthy investors, not just in building a medical infrastructure, but also by working to institutionalize “trans” rights.

“Trans” so-called “rights” are also bound up with research funding, and the COVID 19 outbreak showed how critical such an alignment can become during a crisis when “trans-rights” activists advocated for “trans”-related medical services to be classified as essential care under the assumption such services derive mental health benefits.

Clearly, it is not just researchers at Ivy-league schools who would like to find an effective treatment for those experiencing bodily distress. Yet, we must question the research on which “trans”-related medical services are based.

Biomedical “transitioning” as a suicide remedy is not warranted. According to researcher Robert D’Angelo:

“[I]n relation to suicide, none of the studies undertaken to date has yet established whether gender-reassignment actually lowers the risk of completed suicide as it is generally assumed to do.”

In the rush by many to affirm “trans”-identifying individuals in the hope of deterring mental health emergencies, there is a tendency to posit glowing health outcomes for biomedical treatments.

The recent Yale study and others like it show much less than those touting them hope, and the great take away should be to question the merits and rigor of “trans” research, even when done under the banner of well-known institutions. The wobbly crutch of activist research—no matter its source—is insufficient justification for perpetuating as standard medical care that for which no real evidence exists.

Mask Mandates Should be the Last Straw

The Vital Signs of American Christianity: Critical But Not Terminal?
b
a
x
r