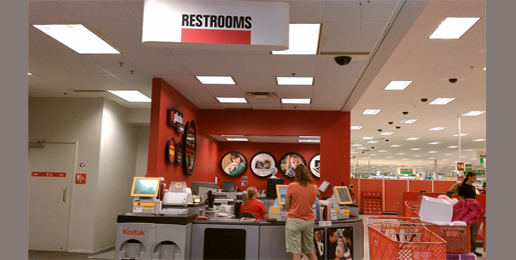 In case you haven’t heard, apparently, despite nearly a year’s worth of scoffing denials by the retailer’s officials, Target isn’t doing so well.

Plummeting sales and stock can be blamed on the weather only so many times before any thinking person starts to suspect that perhaps there’s more here than we’re being told.

Now comes a story in the Wall Street Journal where sources with Target claim that the announcement about a policy allowing men in women’s restrooms in the name of tolerance was never actually approved by the boss.  It was just a blog post that got a little out of hand.  And, oh, the CEO now claims he wouldn’t have approved the announcement because he thought, well, just maybe, there might be a backlash.

Of course, the CEO and others, along with the media and even many market “experts” claimed for the past year that there has been no backlash and that Target’s plummeting sales and stocks are due to the weather or other unusual market forces.  Weather and market forces that weren’t, however, having any effect on Target’s biggest competitor, Walmart.  Odd.

And that $20 million plan to add private restrooms to stores had nothing at all to do with the backlash that wasn’t really happening.  Just move along…

Now, I’m not a big fan of “boycotts” in general, and measuring their impact is pretty near impossible.  But you have to admit that when 1.5 million people say they aren’t going to shop someplace anymore, it might have a bit of an impact.  And that doesn’t include those who may have decided to not shop there but never signed any petition or pledge.  Regardless, the fact that the retailer’s sales have dropped in every quarter since the announcement can’t be simple coincidence.  Apparently, now, a year later, officials are starting to admit it.

Target’s biggest worry?  Those who figured out they never needed Target in the first place, and discovered online shopping at Amazon.  Not sure there’s a blog post correction that can fix that.