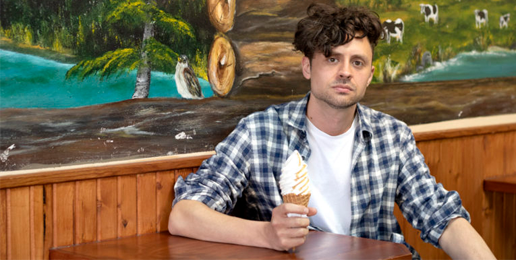 There’s a troubling piece titled “Time for a Compromise on Transgenderism” posted on National Review online and written by purportedly conservative, “gay vegetarian”  J. J. McCullough. In condescending language, McCullough argues that it’s time for Americans to hop on the fast train to the Shangri-La of polymorphous perversity. In McCullough’s view, now that Americans have ceased “judging” homosexuality, they should cease “judging” the science-denying “trans” ideology.

He engages in the worst kind of demagoguery in his unholy effort to normalize the “trans” ideology by insulting those who find the ideology destructive and the demands of its advocates tyrannical.

McCullough makes this myopic statement about the cultural transformation of America on the issue of homosexuality:

Disinterest in judging homosexuality is not an attitude government has coerced Americans into, it is the product of a free people’s informed knowledge.

To the extent that America is still having any political debate about homosexuality, it has evolved into a more substantial conversation about religious liberty…. These are difficult debates but are also far more useful than those of earlier eras, which mostly centered on demagogic judgment of the gay ‘lifestyle’ untethered to any tangible constitutional principle or policy objective.

Surely McCullough is aware that there are non-demagogic bases other than “tangible constitutional principles or policy objectives” on which to debate or to which to tether debates on homosexuality. In fact, debates tethered to ontology, epistemology, theology, and philosophy are far more substantive and essential than those tethered to tangible constitutional principles and policy objectives. And these are the bases on which a free and informed people should be debating.

Can anyone claim—I mean, with a straight face, truth-telling lips, and a small, perky nose—that Americans have freely arrived at their “informed,” non-judgmental view of homosexuality? Government schools advance the leftist sexuality ideology and censor dissenting views. Corporate America advances the leftist sexuality ideology (look at which organizations they support and look at their ads) and punishes dissenters. Remember Brendan Eich? The mainstream press is in the tank for homosexuality, celebrating as “heroic” those who announce their predilection for erotic activity with persons of the same sex and scorns those who come to reject their prior “gay” identities. The politicized professional medical and mental health communities are controlled by leftists, and small committees create homosexuality-affirming policies that they imply to the public are uniformly embraced by all members. Let’s not forget the arts and Madison Ave, or the wolves in sheep’s clothing who are infiltrating churches. Just try saying in any public forum that you believe homosexuality is immoral. You’ll likely end up on the Southern Poverty Law Center’s hate list and out of a job. Freedom doesn’t taste so free anymore.

McCullough then moves on to a harsh indictment of anyone who rejects the “trans” mythology, criticizing as “theatrical” the natural and wholly sound repulsion people feel about barbaric amputations of healthy breasts and castrations. McCullough evidently believes that the perduring presence of a human phenomenon is some sort of argument in favor of its normalization:

[M]ost adults could admit [transgenderism] does seem like a rather persistent aspect of humanity…. If we concede that transgenderism is not going away, and is not something anyone intends to exert effort toward ending, then Americans, especially conservative ones, should reflect on our culture’s honest and fair attitude toward homosexuality and acknowledge that the most sensible path out of the present acrimony will probably require similar compromise. Some degree of cultural ceasefire and consensus seems the only path for both sides to maintain a degree of pride while avoiding a more radical, disruptive societal transformation.

McCullough doesn’t explain how unwavering commitments to sexual truth and morality are inconsistent with maintaining a “degree of pride.” Assertions without evidence are more his gig.

Here McCullough is tilting in the direction of a “naturalistic fallacy,” which suggests that because something exists, it’s good. Does he believe Americans should “compromise” on every “persistent aspect of humanity” that isn’t going away? If not, on what basis does McCullough decide which persistent aspect of humanity ought not be accommodated? What sorts of compromises are Americans obliged to make and who decides? So many questions untethered from tangible constitutional principles or policy objectives.

I would argue that radical, disruptive societal transformation has been caused by the “trans” ideology and will be exacerbated in intensity and extent by further compromise, resulting in incalculable harm to countless lives.

McCullough then again ridicules conservatives in his morality-untethered effort to compel acquiescence to compromise:

Part one of the compromise will be borne by cultural conservatives and traditionalists. It asks for broad tolerance for the reality that transgender men and women exist, and are entitled to basic human dignity, just like everyone else. This… impl[ies] that acts like ostentatiously calling people by pronouns they don’t want… are boorish and petty. It means acknowledging that arbitrary discrimination against transgender people is a cruel bigotry like any other.

2.)  Conservatives agree that those who embrace a “trans” identity are entitled to human dignity—which their embrace of a “trans” identity undermines. McCullough’s implied proposition—which is wholly untethered from tangible constitutional principles and policy objectives—is that respect for the dignity of “trans”-identifying persons requires silence on the “trans” mythology.

3.)  Without warrant, McCullough characterizes as “ostentatious” opposition to bearing false witness (i.e., calling “trans”-identifying persons by incorrect pronouns). Maybe he could tell conservatives how they can live in accordance with their belief that lying is wrong without acting “ostentatiously”?

4.)  What is “arbitrary” discrimination? Would prohibitions of objectively male persons in women’s private spaces be arbitrary discrimination? If so, how is it more “arbitrary” to believe that access to private spaces should correspond to objective, immutable biological sex than to believe it should correspond to subjective, internal feelings about one’s “gender identity”?

Unfortunately, his maybe-sop to conservatives was followed by yet another insult:

Transgenderism seems to be the issue on which many on the right prefer to let loose their inner reactionary, which then further rationalizes petty tyranny on the left.

McCullough believes that opposition to the science-denying myth that men can, in reality, be women or vice versa is “reactionary,” and that any who cling to that rational belief are responsible for “trans” tyranny. Conservatives just can’t win. Refuse to embrace irrationality and they’re reactionary and culpable for the unethical responses of the irrational.

On one aspect of this debate, McCullough demonstrates a modicum of wisdom:

[T]he risk of psychologically and physically damaging children by encouraging or enabling them to embrace transgender identities before pubescence must be acknowledged as a valid concern backed by credible evidence. Protecting children from the confusing, anxious, dangerous world of adult sexuality and sexual identity before their developing minds can fully conceptualize its complexities is not bigotry, it is good sense, and the sovereign right of every parent. It should be the responsibility of the public education system as well.

But read carefully: McCullough applies this sound warning only to pre-pubescent children—not to all minors.

American history teaches that it is neither the radical nor the regressive who are ultimately vindicated in their response to cultural disruption, but rather those cautious conservatives who assign themselves the difficult task of thoughtfully working through the new and unexpected in the cause of preserving a social order as peaceful and free as the one that came prior.

Who will now rise to that task?

Well, history teaches lots of things. It also teaches that not everything new and unexpected is good or can contribute to preserving a peaceful, free social order. It teaches that cultural disruption often follows the embrace of false, destructive ideologies and that people can be mightily influenced to acquiesce by propaganda, sophistry, peer pressure, and coercive policies untethered from sound ontology, epistemology and morality. And it teaches that cautious thoughtfulness can include courageous commitment to transcendent, enduring moral truth.

You Will Be Assimilated
b
a
x
r