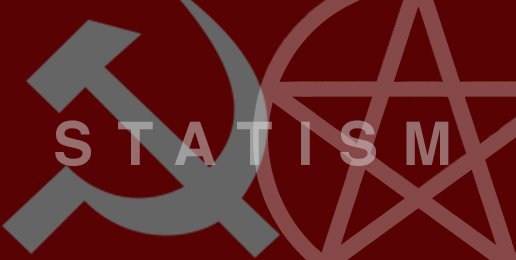 American political conservatives continue to offer the American public a vision for how we should govern ourselves. While it is outlined in the Declaration of Independence and the United States Constitution (as well as state constitutions), a more specific approach is delineated in the Republican Party’s National Platform. The Illinois GOP Platform is also a conservative document.

Here are just a few specifics in a nutshell:

Leftists, or as they like to call themselves, “progressives,” would prefer that we go backwards and combine statism, in relationship to the size of government, and paganism, in the context of culture.

Statism is a path towards greater government control and less freedom for American citizens. Leftists are increasingly coming out of the closet and pushing policy steps that would put us on a road to socialism in some form or another.

Paganism has been pushed by Leftists for decades as a way to undermine the family and increase the need for ever-bigger government. One only need study Cultural Marxism to understand why anyone would want to follow that trail.

It is not always easy to convince a free people to embrace the loss of freedom, so many actions are needed to divide and conquer. One action that we’ve been chronicling in this series, identity politics, is the aggressive push to inspire tribalism as way to move Americans away from the basic principles that continue to unite us as a people.

While identity politics may have crested as a useful tactic for Leftists, it is still a clear and present danger to the country. The good news is that conservative commentators continue to shine light upon this insidious phenomenon. Here are just three examples where a bright light is illuminating the dangers of identity politics, especially as manifested through the LGBTQIA(etc.) agenda.

More and more, our government seeks to undermine faith and family – the only real barriers between individuals and unbridled, tyrannical government control of our lives.

Upholding constitutional rights and the human dignity of those who are same sex-attracted is one thing — a matter of the common good and basic human decency. Few, if any, would dispute that. Same-sex marriage is something completely different. These are unrelated issues, mischievously, masterfully, diabolically conflated — to the point that redefining marriage to include same-sex couples can neither be questioned nor resisted in the public square without calling down a hailstorm of accusations of bigotry and hatred.

Is America a more rich, diverse, and varied culture if the wisdom of every religious tradition and culture from around the world that has come together in this great melting pot is swept away? Are genderless marriage and genderlessness meant to supplant the rich tapestry of America? — or to unravel it and reweave it into a monochrome fabric?

America will grow and prosper if burdensome regulations are removed from the books. Likewise, our culture will prosper if religion and faith are neither suppressed nor oppressed. Let’s keep this the land of the free.

Bethany Mandel’s bio says she is “a stay-at-home mother of three children under four and a writer on politics and culture” and “a columnist for the Jewish Daily Forward,” among other things. In an article titled “How The Transgender Crusade Made Me Rethink My Support For Gay Marriage,” she writes:

The Left has shown the totalitarian manner in which it exacts support, or at least silence, from everyday Americans. We’ve seen how lives were destroyed in the wake of the gay marriage debate, how many individuals were shouted down into submission by the side that proclaims itself to be “open-minded” and employed the slogans “No H8” and “Love Wins.” For many conservatives, including myself, the lesson has been learned.

With every tweet aimed at publicizing and shaming my position on transgenderism, the progressive Left is solidifying my decision to call Bruce Jenner by his given name instead of the name he has chosen because of a condition that mental health professionals once took seriously. Playing along with delusions isn’t a kindness to those suffering from other psychological conditions, and it isn’t a kindness for those with gender dysphoria either.

Finally, just a link to a very interesting article by John Skalko over at Public Discourse. His article was titled and subtitled as follows:

Why There Are Only Two Sexes
Men are men, and women are women. There is no third option.