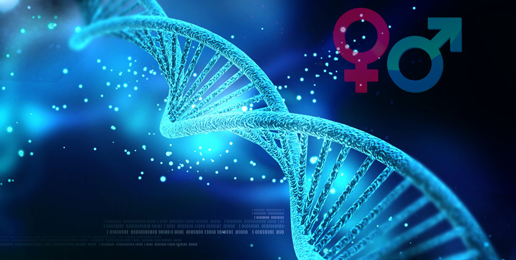 The above title was used as a subheading in this article by Elizabeth Kantor at The Federalist: “Donald Trump Isn’t Fighting a Culture War but A Cultural Revolution.”

Underneath that subheading, Kantor writes:

[T]he genius and the miracle of America was that our identity as Americans was once inextricably tied to abstract principles about the rights of all human beings. To identify as an American was to believe in the Bill of Rights. To be an American patriot was to defend the God-given equality of all men as articulated in the Declaration of Independence.

The rights the American revolutionaries fought for were an inherent part of themselves, always referred to as “the rights of Englishmen.” It was identity politics, but fought for an identity bound up in natural rights, one that could eventually be adopted by every American of every national origin, ethnicity, and race.

That American identity is what the cultural revolutionaries are determined to replace with their very different identity politics.

“Is there a way out of the newly gelling mutually hostile tribal identities that are replacing it? Can we ever climb back into an e pluribus unum identification with all Americans as members of one tribe?”

She closes with this: “[R]eforging that American identity seems to be what Trump is trying for: “We are all Americans first.”

Let’s look at two other articles where the writers partially answer Kantor’s question, expressing doubt that the Leftists’ use of identity politics can succeed. First, is Dr. Michael Brown, focusing on the identity of the hour, “transgenderism.”

In his article, “Why Transgender Activism Will Not Succeed in Changing America,” Brown writes:

Transgender activism will never succeed in reshaping our society for one simple reason: It is not natural. Biological differences are too deeply instilled in the human race. Male-female distinctives are too obvious and real. It is futile to declare war on gender.

It is one thing to be asked to empathize with those who struggle with gender identity confusion. It is another thing to declare that biological categories do not determine reality.

It is one thing to recognize that some people do not fall within the normal, male-female spectrum due to genetic abnormalities. It is another thing to claim that gender is whatever you perceive it to be.

After listing examples where people and organizations are sticking to common sense over this new identity of the day fad, Brown writes, “Will the whole world be turned upside down because of the confusion and sensitivities of less than 1 percent of the population?” “Watch and see,” he says, “The pushback against transgender activism will continue.”

Our last article is from Linda Harvey. In her post, “Is Gender Confusion Insanity Finally Beginning to Wane?,” she asks, “Do we dare hope that a new era of sanity is dawning?” Regarding the growing trend towards the reversal of sex “reassignment” surgery, Linda Harvey writes:

Such an option still offends many on the left, who dig in their heels and continue to push unisex bathroom laws and bans on therapy to overcome “transgender” delusions and same-sex attraction.

An increase in people seeking a return to their birth gender is reported in Europe. A renowned “sex change” surgeon in Serbia noted more requests for complicated and expensive reversal surgery.

A young boy in Australia recently received international publicity for wanting to be a boy. After several years of estrogen, he no longer wants to pretend to be a girl.

Why is this controversial? The default response of every human should be a longing to be that woman or man as nature intended.

Harvey asks another question: “Aren’t liberals supposed to be flexible?” “But a rigid adherence to identity politics,” Harvey notes, “ties the typical leftist in notes”:

Secretly, a social liberal is often a mess, exhausted from the convoluted mental and spiritual energy needed to reconcile the nonsense of pretense.

Ouch. Linda Harvey gives examples where Leftists are unwilling to give up on their goal of doing away with the reality of biological sex, but then writes:

And yet promising glimmers of truth keep emerging. In Miami-Dade County, a measure to prohibit counseling of minors to overcome same-sex attractions was just defeated after hard work by the Christian Family Coalition and other pro-family advocates.

This victory comes as good news after a long series of defeats for common sense on this issue. Numerous cities and states have passed laws limiting counseling for minors who want to embrace the natural design of their heterosexual bodies as male or female.