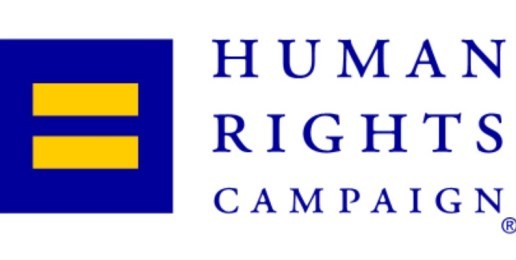 Yet another high profile “gay” activist has been arrested for homosexual assault on a child. This time authorities caught one of the big fish (a rainbow trout?). Terrance Patrick Bean founded the “Human Rights Campaign” (HRC), which is one of the world’s largest, wealthiest and most powerful anti-Christian organizations. To this day he remains on the board of directors. HRC was developed for the sole purpose of pushing the extremist homosexual political agenda. Bean is also a major player for the DNC and a big Obama supporter.

Bean, 66, a prominent gay rights activist and major Democratic Party fundraiser, was arrested at his home in Southwest Portland and booked into the Multnomah County Detention Center at 10:12 a.m.

Bean, who bailed out of jail by late Wednesday afternoon, will be arraigned on the indictment in Lane County. …

The alleged incident involved a sexual encounter in Eugene with a 15-year-old boy. …

Bean has been one of the state’s biggest Democratic donors and an influential figure in gay rights circles in the state. He helped found two major national political groups, the Human Rights Campaign and the Gay and Lesbian Victory Fund, and has been a major contributor for several Democratic presidential candidates, including Barack Obama. He’s also a close friend of former Gov. Barbara Roberts. …

Bean’s Flickr account shows him talking with Obama at several events, posing with first lady Michelle Obama and numerous other political figures, including former President Bill Clinton.  A blog post from his sister, Sue Surdam Bean, detailed her brother’s work on a July 24, 2012 Obama fundraiser in Portland.  She included three photos of Terry Bean’s ride on Air Force One with Obama to a subsequent event in Seattle.

Just two years ago 68 year old Larry Brinkin, another high profile and similarly respected (at least among Democrats) homosexual activist, was arrested in San Francisco for possessing and distributing reams of child pornography.

CNS News Reported at the time:

Police said that Brinkin, a former city employee, apparently had photos of children, as young as 1- or  2-years-old, performing sexual acts and being sodomized by adult men in attachments linked to the email address, reported The Chronicle. The email account was also linked to Yahoo discussion groups involving sexual exploitation of young people.

Concerning Brinkin, Theresa Sparks, director of the Human Rights Commission, told the Huffington Post, “It’s almost incredulous, there’s no way I could believe such a thing.”

“He’s always been one of my heroes, and he’s the epitome of human rights activist,” she said. “This is [the] man who coined phrases we use in our daily language. I support Larry 100 percent; hopefully it will all come out in the investigation.”

Yep – These monsters are “heroes” to the HRC and the larger “gay” activist community.

The cases of Bean and Brinkin follow a long-established pattern as old as the ancient Greek bathhouse. Of course, not every “gay” man – self-identified or otherwise – is a pedophile, but studies indicate demonstrably that homosexual assaults against boys occur at an alarmingly disproportionate rate when compared to heterosexual assaults. The very act of a man molesting a boy unquestionably involves both same-sex attraction and homosexual behavior (a “gay” by any other name…).

Consider, for instance, a study published in the Archives of Sexual Behavior, of over 200 convicted pedophiles. It found that “86 percent of offenders against males described themselves as homosexual or bisexual.” This demonstrates, as noted by Peter Sprigg of the Family Research Council, that “homosexual or bisexual men are approximately 10 times more likely to molest children than heterosexual men.”

But don’t repeat these facts out loud or you might find yourself on the hard-left Southern Poverty Law Center’s (SPLC) “hate group” smear list.

This article was originally posted at the BarbWire.com website.