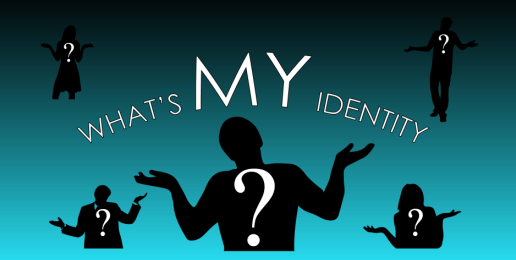 Homosexual activists have long sought to transform cultural disapproval of homoeroticism into approval, and one way they pursued this goal was to co-opt the fight of blacks for racial equality. Hence, they pursued the inclusion of homosexuality (and now “gender identity”) in anti-discrimination law. To that end, homosexual activists have relentlessly compared these two groups (i.e., blacks and homosexuals) who have been historically mistreated, suggesting without proving that since blacks have been mistreated and homosexuals have been mistreated, the two conditions are ontologically the same and must be thought of and treated in all contexts as identical.

In short, this is what liberals think—or pretend to think—in the service of normalizing sexual deviance:

But if mistreatment of people because of cultural disapproval of their volitional acts renders them the ontological equivalent of blacks, then those engaged in bestiality, “minor-attraction,” “Genetic Sexual Attraction,” and promiscuity—all of whom are at times mistreated—are equivalent to blacks.

The fallacious and odious comparison of race to sexual perversion has been an effective stratagem in our increasingly non-thinking culture, but there was yet more rhetorical gimcrackery to come.

Identity in its former incarnation was merely a way of saying that a thing is itself. Identity when applied to individual persons simply denoted the aggregate of phenomena constituting, associated with, affirmed and experienced by individuals. Identity was “the set of behavioral and personal characteristics by which an individual is recognizable as a member of a group.”

In short this is what liberals think about identity (except when it comes to those whose identity is found in Christ):

But if all conditions constituted by powerful, persistent, unchosen desires and the behaviors impelled by such feelings are part of this new and culturally destructive understanding of identity and, therefore, immune from moral judgment, then bestiality, “minor-attraction,” Genetic Sexual Attraction, and promiscuity are immune from moral judgment.

The Left demands that society affirm all subjective feelings not only as good but also as signifiers of objective reality, and this demand results in sometimes hilarious conundrums (or is it conundra?) for those who know that reality exists and that the Emperor is buck naked.

For your chuckle ‘o’ the day, watch this short video to see the ideological Gordian knot from which post- Dolezalians can’t seem to extricate themselves:

Catholic philosopher Charles Taylor illuminates the paltry nature of the new definition of identity and its similarly deformed corollary “authenticity”:

Only if I exist in a world in which history, or the demands of nature, or the needs of my fellow human beings, or the duties of citizenship, or the call of God, or something else of this order matters crucially, can I define an identity for myself that is not trivial. Authenticity is not the enemy of demands that emanate from beyond the self; it supposes such demands.

People of all faiths and no faith have the right to make moral judgments about subjective feelings and volitional activity—even if others choose to place those phenomena at the center of their “identities.” In fact, moral creatures have an obligation to make such judgments.

Your support of our work and ministry is always much needed and greatly appreciated. Your promotion of our emails on Facebook, Twitter, your own email network, and prayer for financial support is a huge part of our success in being a strong voice for the pro-family message here in Illinois.