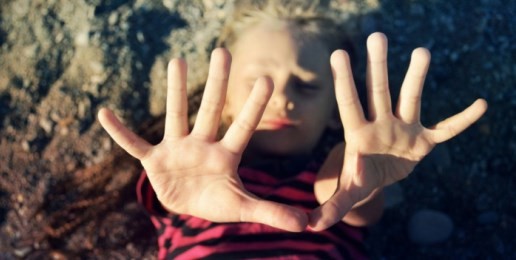 Here’s What Parents Of Transgender Kids Need To Know
01.12.15
PRINT

As a former child transgender, my heart goes out to parents whose boy says, “I’m a girl” or whose girl who says, “I’m a boy.” The medical diagnosis is gender dysphoria—distress that comes from feeling one’s physical gender doesn’t match one’s internal perception. A flood of questions come with the revelation: What causes it? What treatment will help? What should parents do or not do?

First, do not panic. Studies are showing that kids are not born with this disorder. A 2014 study shows no specific chromosome aberration associated with MtF (male to female) transsexualism. A 2013 study looking for molecular mutations in the genes involved in sexual differentiation found none. Your child was not born in the wrong body.

Studies indicate that two-thirds of transgenders suffer from multiple disorders at the same time, or comorbidity. The top three disorders evidenced in transgenders are depression (33 percent), specific phobia (20 percent) and adjustment disorder (15 percent). A child who states a desire to identify as the opposite sex has a two-thirds chance of having a co-existing disorder.

Let’s look at the one at the top of the list: depression. Depression is a leading cause of suicide. A survey of over 6,000 transgenders revealed that 41 percent reported having attempted suicide at some time in their lives. Without effective psychiatric intervention or sound psychotherapy for the underlying depression, the risk of suicide will remain high. As a parent, it is important to look for depression and treat it if it is present.

Your child needs psychiatric or psychological help, not a change of wardrobe or hairstyle. Anyone working with a transgender needs to look for, and treat, comorbid disorders. Biologically, it is impossible for a doctor to change a boy into a girl, no matter how much surgery is performed or how many hormones are administered. I know; they tried it on me.

I came into this world a boy. Starting in early childhood, I frequently cross-dressed as a girl. I thought I was born in the wrong body. A nationally-prominent PhD diagnosed me as a transgender with gender dysphoria. Eventually, I underwent the full recommended hormone therapy and the gender reassignment surgery and became the female Laura Jensen. I lived and worked successfully as a female transgender in San Francisco for several years until I was diagnosed with my own comorbid disorder.

With proper diagnosis and treatment with psychotherapy, I found the sanity and healing gender change could not provide. Trangenderism was my outward expression of an undiagnosed comorbid disorder, and gender-change surgery was never necessary. I detransitioned and returned to my male gender, like so many others do who regret changing genders.

What Causes the Comorbid Disorders that Exist in So Many Transgenders?

After receiving hundreds of emails over the last several years, it became evident to me that comorbid disorders develop in childhood. Some of the stresses people with gender dysphoria have reported are:

A caution about the choice of medical professional: parents need to find medical professionals who are not advocates for gender change, and who will look beyond the surface of gender dysphoria symptoms for the comorbid disorders, fetishes, phobias, and adjustment disorders common among the transgender population. Only then can an effective treatment plan be devised that truly targets the child’s needs.

As a child transgender myself, I can tell you I needed help. I did not need to dress as a girl at home and at school, with all the stress that would have brought. There is no doubt in my mind that if I would have been encouraged to go off to school dressed up as a female it would have escalated my anxiety and deepened my depression and my desire to commit suicide.

I understand some parents might dismiss the idea of comorbid disorders. They might feel strongly that they need to allow their child the freedom to change genders or experiment with gender. They may think that will help reduce the child’s depression because the child seems happier under these conditions. I know—I seemed happier, too, after my gender change, until the novelty wore off and it no longer provided a distraction from my troubles. Happiness turned to despair when the surgery didn’t work as treatment and my despair led to attempted suicide. Ignoring the possibility of comorbidity and giving kids the freedom to change gender is, I suggest, killing too many of them.

My web site, www.sexchangeregret.com, has many real-life examples of the results of changing genders taken from the headlines and from the letters I receive on a steady basis from gender change regretters.

I can suggest two books to help you as parents better understand your transgender child: my research book, “Paper Genders,” and a novel by C.J. James titled “Kid Dakota and the Secret at Grandma’s House.”

This article was originally posted at  The Federalist website.

Walt Heyer is an accomplished author and public speaker with a passion for mentoring individuals whose lives have been torn apart by unnecessary gender-change surgery.
Tweet
PRINT
b
a
x
r