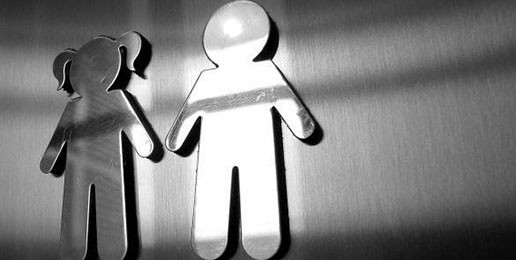 The governor stated that Dr. Levine’s knowledge and expertise is important for placing “equal emphasis on behavioral and physical health issues.” As for Levine, she says she wants to help “individuals with their myriad, complex, medical, and psychological problems.”

But there’s a glaring paradox about Levine’s selection.

You see, “Rachel” was born Richard, a male who has been transitioning to female over the last decade—or, as “she” would put it, a woman trapped in a man’s body who is becoming who she truly is.

Were it not for the fact that Dr. Levine will be setting health policy for the state, this would be little cause for concern. But Levine is a physician with a disorder caused by feelings about himself that are at odds with his body. And, whereas, he treats his anorexic patients by encouraging them to accept their bodies and change their feelings, he treats his own disorder by accepting his feelings and changing his body—a treatment fully sanctioned by the psychiatric establishment (one that no doubt contributed to his divorce in 2013 from his wife of 30 years).

While the incongruity has been lost on the therapist class, the governor, and Levine, it hasn’t on at least one of the Levine’s former patients: “Dr. Levine is sending the wrong message. . . . Since I am a diagnosed anorexic but still feel I am fat does this allow for me to continue to lose even more weight or . . . to seek out surgery to change the way I see myself?”

Who’s making it up?

At a Texas high school, gay student Coy Villasenor cried foul after being denied a run for prom queen: “I wear foundation, I fill in my eyebrows, I take care of myself how a female should. . . . I’ve had hair down to my chest for four years. I donated it. I wear tight pants. I was considered a girl. So if that wasn’t good enough for them, then I think I just think they’re making it up.”

If you believe it is the other way around—that it’s the biological male, claiming to be female, who is “making it up”—gay rights advocate Lisa Scheps wants you to know that “a person is male or female based on their personal gender identity and not on physiology or what the states decides (sic) to put on an identification card.”

Get it? Your sex is not determined by your software (DNA) and hardware (anatomy), but your feelings.

Gone are the days

I am of an age to remember when “gender” was synonymous with biological sex, and public restrooms and personal information forms reflected that physical reality. But that was then.

Today, the determinative factor in gender is not biology, but “identity.” According to the American Psychological Association, gender identity is “one’s sense of oneself as male, female, or transgender.”

In recent years, we have seen this play out with the emergence of “gender-neutral” restrooms in municipal workplaces and on over 150 college campuses across the country. Where such accommodations do not exist, there are laws or court rulings in a growing number of states requiring restroom access based on identity (feelings), not appearance (physiology).

For instance, in 2013, California enacted legislation that allows students in public schools, K-12, to choose which restrooms and locker rooms they use, irrespective of their birth gender. It shouldn’t strain the imagination to see how this will be exploited by the curious and predatory. Evidently, the physical safety of girls is less important than the fragile sensitivities of the sexually confused.

We have also witnessed what may signal the end of the male/female check box (and, possibly, the gender question altogether) for personal identification.

Last year, the social media giant Facebook enabled users to customize (yes, customize) their gender by offering over 50 categories to choose from. One from the menu of available options is “pangender,” a person who “identifies as a third gender with some combination of both male and female aspects.”

Mark Zuckerberg may have dropped out of Harvard, but he hasn’t forgotten what he learned in sex ed.

The Sexuality Information and Education Council of the United States (SIECUS) has been a leading distributor of sex-education material for over fifty years. One of their materials, “Guidelines for Comprehensive Sexuality Education,” is a resource for educators to help K-12 school children “become sexually healthy adults.” Therein, SIECUS states that gender identity “refers to a person’s internal sense of being male, female, or a combination of these.” (Emphasis added.)

The sirens of the “new sexuality” want Johnny to know that “male” and “female” are not binary categories defined by genes and genitalia, but endpoints of a continuum defined by mood and temperament. It’s important that Johnny understand this; his maturing into a sexually healthy adult depends on it.

It’s also important that he not be alarmed should he experience a genderedness change at some time in the future. All of our self-perceptions are subject to change, SIECUS assures us, so also our sense of “being, male, female, or a combination of these.”

But Johnny also needs to know that when it comes to his sexual orientation, it “cannot be changed by therapy or medicine”; it is “one part of who [he] is.”

So, the key to becoming a sexually healthy adult is for Johnny to accept that a hardwired reality of biology (gender) is a fluid product of feelings, while a romantic feeling (sexual orientation) is a fixed, unalterable fact of life. Check.

One thing’s for sure: If Johnny wasn’t sufficiently confused by the “old” sexuality, the “new” is sure to send him, head whirling, into the eager hands of the therapist class. And should he experience gender confusion down the road, not to worry; their APA-vetted counselors are versed in “cross-sex hormones, gender reassignment surgery, and social and legal transition to the desired gender.”

Lastly, Johnny should be comforted knowing that the APA has downgraded “gender identity disorder” to “gender dysphoria.” They did this to avoid stigmatization and ensure proper treatment for any “distress or impairment in social, occupational, or other important areas of functioning” Johnny experiences.

Well, if the sirens are right, and gender is a matter of personal feelings and not physical facts, then people with gender dysphoria should experience less distress and impairment by modifying their body to suit their identity, right?

To find out, Dr. Paul McHugh, professor of psychiatry at Johns Hopkins, chronicled the follow-up studies of transgender patients who had undergone sex-change operations.

What he learned was that adults who were sexually reconstructed continued to experience much the same problems they had before with relationships, work, and emotions.

It led Dr. McHugh to conclude that surgical reassignment “fundamentally cooperat[es] with a mental illness,” and that the best interests of patients are served by “trying to fix their minds and not their genitalia.”

More telling, and tragic, was what Dr. McHugh learned about boys born with defective genitalia who underwent sex-change operations.

Despite female genitalia, hormone injections, and being socialized as girls as prescribed by APA-vetted clinicians, most of the boys reported being trapped in the wrong body and exhibited typically male attitudes and interests.

One was a male twin raised as a girl, who, after learning of his genetic gender, went back to being a male. Eventually, the young man experienced severe depression and committed suicide.

It has been over a decade since Dr. McHugh published his findings. In the meantime, the fallacies of gender identity have gone largely unnoticed by governors, legislators, educators, physicians, and the citizens they serve.

When Dr. Levine informed the father of an anorexic daughter of his gender transition, the man shrugged, “What’s this got to do with my daughter’s care?”

It has much more to do with it than he realizes.

Your on-going monthly support will go directly toward influencing our Illinois culture and government with Biblical values.