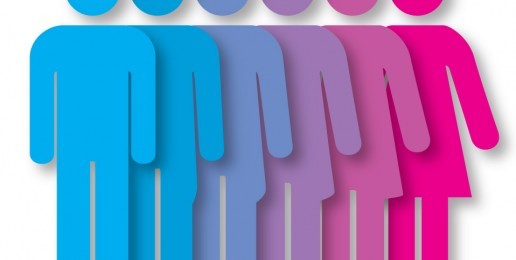 An Equal Employment Opportunity Commission (EEOC) ruling that gender identity is covered by Title VII’s prohibition against discrimination based on sex is being hailed as a ”sea change’‘ by transgender activist organizations. But an attorney for Liberty Counsel Action notes that the 1964 Civil Rights Act was never intended to cover gender identity and the ruling “basically says that a Bible bookstore owner, for instance, could not turn away a homosexual, cross-dressing man, a man who likes to wear a miniskirt and lipstick….”

You may remember Laurie Higgins’ articles identifying Georgetown law professor Chai Feldblum, a lesbian activist who became President Obama’s appointee to lead the EEOC.  Laurie pointed out that Feldblum sees the battle between “gay rights” and moral opposition to homosexuality as a zero sum game.  One side will win, and the other will lose.   Feldblum is on record saying:

Passage of ENDA and other similar bills would expand federal employment nondiscrimination law by defining “gender” to include a person’s real or perceived sex.   Although language in the federal legislation would currently exempt religious “organizations” and the military from ENDA laws, significant legal wrangling will ensue regarding the definition of a religious organization, as pro-gay activists target disagreement with homosexual, bisexual and transgender “rights” as hate speech.
Peter Sprigg, senior fellow for policy studies at the Washington-based Family Research Council, said the EEOC’s decision is misinterpreting Title VII of the Civil Rights Act.
“Those who are discriminated against because they are transgender are not discriminated because they are male or female, it is because they are pretending to be the opposite of what they really are, which is quite a different matter,” he said.
It is also important to know that “Gender Identity Disorder” (GID), which is commonly referred to as “Gender Identity,” is a diagnostic category in the Diagnostic and Statistical Manual of Mental Disorders (DSM), published by the American Psychiatric Association.  The DSM is regarded as the medical and social definition of mental disorder throughout North America and strongly influences the The International Statistical Classification of Diseases and Related Health Problems published by the World Health Organization.