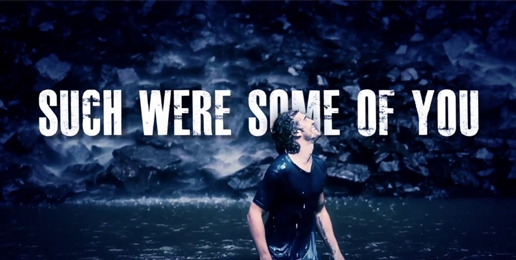 Documentary Features Homosexuals Restored by the Grace of Christ
01.11.18
PRINT

Four years ago, Pure Passion Media released a life-changing, 2-hour-long film which featured the compelling story of 26 former homosexuals who were transformed by the power of God.

The documentary title – “Such Were Some of You” – comes straight from 1 Corinthians 6:9-11.

“Do not be deceived: Neither the sexually immoral nor idolaters nor adulterers nor men who have sex with men nor thieves nor the greedy nor drunkards nor slanderers nor swindlers will inherit the kingdom of God. And such were some of you: But you were washed, you were sanctified, you were justified in the name of the Lord Jesus Christ and by the Spirit of our God.”

The World View spoke with David Kyle Foster, the producer, who says this:

“When I started with the ministry in 1987, my goal was, number 1, to create equipping resources for the church in areas where there were none. Back in 1987, there was absolutely nothing on homosexuality. And, even to this day, there isn’t very much training for prospective pastors in the area of sexual brokenness in seminaries or Bible colleges.

“And, number two, we’re trying to reach those who are sexually broken themselves and show them that Jesus Christ actually loves them and He has the power to transform their life if they will turn their life over to Him.”

Foster described what he means by “sexual brokenness.”

“Sexual brokenness is a term used to cover pornography/sex addiction, childhood sexual abuse, homosexuality, transgender disorders, sex trafficking — any number of issues that are sex-related that result from the person being broken. Sometimes people who have this kind of background end up trying to cover up their pain by acting out sexually.”

Foster explained who the film will help.

“Such Were Some of You”, the film, was made for those who struggle with homosexual confusion, people who, through no fault of their own, are attracted to the same sex sexually and don’t really know what to do about it. So our film shows them the roots of such same sex attraction and what Jesus Christ can do to heal those wounds and bring them back into normalcy.”

One of the testimonies featured in “Such Were Some of You” is from 25-year-old Kegan Wesley.

“Kegan is a young man who was sexually abused as a child, and for a boy that often can result in homosexual confusion. He got radically born again through The Eddie James Ministry. He started giving his testimony at various Eddie James conferences around the country. He would consider himself to be a heterosexual who was broken and has now found healing through Jesus Christ.”

Indeed, Wesley is now on fire for Christ and pastors The Refuge Church in Louisville, Kentucky. (Watch Wesley’s extended interview for the film as well as a CBN 700 Club interview.)

David Kyle Foster, the producer of “Such Were Some of You”, explained that Wesley is a good example of someone who was once homosexually confused, but now has enthusiastically embraced his heterosexuality with God’s help and is committed to chastity until marriage.

“Anyone who comes out of homosexuality and is truly born again and radically transformed by the power of God, they tend not to go back into any kind of sexual sin area because they’ve seen the fruit of it and it’s nothing but ugly.”

Foster explained that those who have struggled with homosexual confusion have been tremendously grateful for the film “Such Were Some of You.”

“We’ve had countless emails and phone calls and various postings on Facebook and YouTube thanking us profusely for coming up with the resource that the Body of Christ has needed for a long, long time.

“Because in the film, not only do we lay out the Biblical case for heterosexual one woman/one man in marriage for life — with no sexual behavior outside of that — and we use experts from the world of Biblical scholarship to lay that case, but then we also go into what has caused the homosexuality in the 26 people that we interviewed, what the gay lifestyle was like for them, and then what Jesus did to bring them to salvation, and finally how He has been healing them.”

Since 2014, the DVD has been for sale online for $9.99, and it still is. However, Foster decided to make the film “Such Were Some of You” available for free on YouTube.

“We put it out on YouTube live this past week and we’ve already got 3,000 or more views just in the last few days. I don’t know if YouTube’s going to take us off.

“We were taken off of Vimeo because of our stance that homosexuals can find healing through Jesus Christ. They didn’t like that so they took all 850 of our videos down off the internet and cancelled our presence on their platform.

“The gay activists have made it known to our ministry that they are going to go after Facebook and Google and YouTube and Twitter and all the other organizations to take us down as well. So we are facing a great deal of activism from gay activists who don’t like the truth to be known that homosexuality is a disorder and that you can find healing from it through Jesus Christ.”

Amazingly, the film is also being released in 11 additional languages, including Simplified Chinese, Traditional Chinese, Estonian, Finnish, French, Hebrew, Polish, Romanian, Russian, Spanish and Swedish. “Such Were Some of You” can be viewed in those languages on YouTube.  Watch it below:

I’d love to know what reaction you receive after those in your circle have watched it. Email me at adam@TheWorldView.com.

This film, in God’s hands, will literally transform their lives.

And as you spread the film far and wide, pray for each one you send it to – that God will open their eyes and draw them into a saving relationship with Himself through His Son, Jesus Christ.

This article was originally posted by TheWorldview.com