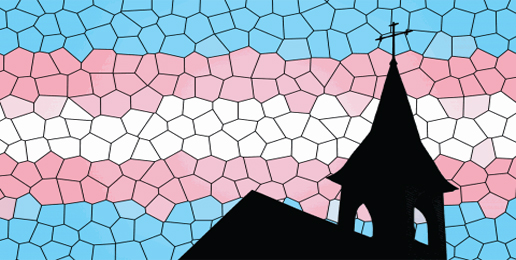 Suddenly transgender rights is the hot “culture wars” topic. Religious folks with traditional convictions about such matters have been largely silent, or else many newswriters haven’t yet figured how to locate them in order to report the other side of this crucial debate.

This group is made up of 16,000-plus professionals who affirm “the divine inspiration and final authority of the Bible as the Word of God.” CMDA had Big 10 origins at the University of Illinois and Northwestern and went national in 1941. It’s one of many such U.S. fellowships for vocational and academic specialists. Most of these were launched by Evangelical-type Protestants but have long since welcomed Catholic and Orthodox participants.

The transgender statement, approved at a CMDA conference April 21 but publicized only recently, urges doctors to treat these patients with understanding and grace. On the other hand, CMDA champions professionals’ right to freedom of conscience, asserting that it is not “unjust discrimination” if a physician in conscience declines treatment that is considered “harmful or is not medically indicated.”

On the religious aspect, CMDA contrasts the Old and New Testament belief that “God created humanity as male and female” with current “confusion of gender identity.” “Gender complementarity and fixity are both good and a part of the natural order,” it says. The “objective biological fact” is that sex “is determined genetically at conception” and is “not a social construct arbitrarily assigned at birth or changed at will.”

The statement focuses on transgender persons whose psychological “gender identity” is the opposite of biology and genetic makeup – the current public issue – and distinguishes this syndrome from medical treatment of rare abnormalities in which the sexual phenotype and chromosomes conflict (e.g. ambiguous genitalia, androgen insensitivity syndrome, congenital adrenal hyperplasia).

That is, “the purpose of medicine is to heal the sick, not to collaborate with psychosocial disorders. Whereas treatment of anatomically anomalous sexual phenotypes is restorative, interventions to alter normal sexual anatomy to conform to transgender desires are disruptive to health.”

CMDA leaders think physicians should be aware of evidence that persons who identify as transgender, use cross-sex hormones, or undergo sex reassignment surgery, generally suffer more depression, anxiety, suicidal thoughts, substance abuse, and risky sexual behaviors. The organization is especially critical of doctors who prescribe hormones for a biologically healthy child in order to block normal growth and fertility. On sex-change surgery, CMDA says the medical evidence on outcomes is incomplete but there are potential dangers there as well. In addition, “transgender designations may conceal biological sex differences relevant to medical risk factors.”

Meanwhile, CMDA is involved in another developing story, the federal lawsuit filed July 19 by the Alliance Defending Freedom against Vermont’s Board of Medical Practice and its Office of Professional Regulation. The suit charges that these agencies interpret “Act 39,” the state’s 2013 suicide law, to require death-by-doctor counseling, in violation of medical ethics and conscience rights.

– The former chief of psychiatry (and a Catholic) explains why the Johns Hopkins University hospital halted sex-change surgery.

This article was originally posted at GetReligion.org