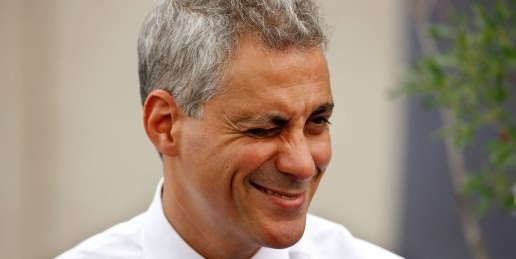 Continuing to advance a progressive socialist agenda, Chicago Mayor Rahm Emanuel proudly announced this week that taxpayers in the City will be required to contribute to the funding of a new so-called “health” benefit: sex reassignment surgery.

Yet, administrators in the City tell us that there are no resources for additional police, no resources to keep schools open and there are certainly resources for a trauma center in Roseland, South Shore or Englewood.  How is it that they can find tax dollars for elective surgeries for those confused about their gender?

According to tgender.net and health.costhelper.com, the average cost for a male-to-female reassignment procedure — an elective surgery — averages between $20,000 to $30,000.

David E. Smith
Dave Smith is Illinois Family Institute’s executive director.  He and his wife of 25 years are blessed to be the parents of eight children. David has 20-plus-years of experience in public policy and grass-roots activism that includes countless interviews for numerous radio, television, cable programs and newspaper articles on topics such as the sanctity of life, natural marriage, broadcast decency, sex education, marijuana, gambling, abortion, homosexuality, tax policy, drug decriminalization and pornography. From 1996 – 2004, he worked as an aide to a City of Chicago Alderman.  During that time, he was a volunteer decency advocate for the group Citizens...
Full bio and more from David E. Smith
b
a
x
r