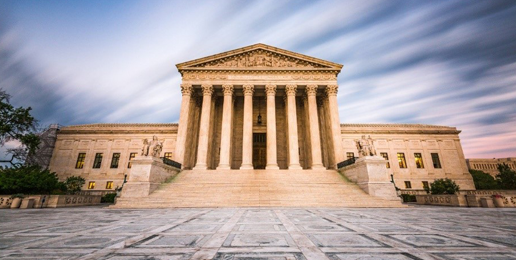 The Supreme Court of the United States (SCOTUS) has garnered less attention than usual lately with COVID-19 monopolizing headlines. However, with the Court’s term ending in June, some of the most controversial decisions are expected to be released any day now. Among the most notable are three cases involving Title VII of the landmark Federal Civil Rights Act of 1964, which prohibits employers from discriminating on the basis of sex. The question is whether Title VII’s ban on sex discrimination also includes decisions based on sexual orientation or gender identity. The cases are Altitude Express, Inc. v. Zarda, Bostock v. Clayton County, and R.G. & G.R. Harris Funeral Homes v. Equal Employment Opportunity Commission.

Zarda and Bostock involve gay men suing their employers, alleging that they were fired because of their sexual orientation. Harris Funeral Homes involves a transgender employee who formerly worked in a Christian-owned funeral home in Michigan and claims to have been illegally fired after coming out as a transgender woman and starting to wear women’s clothing.

It should be noted that twenty-two states, Illinois included, already prohibit discrimination based on sexual orientation and gender identity. Thus, the Court’s decision will not change employment decisions for nearly half the country. However, the cases are yet another instance of the Federal courts delving into a contentious cultural issue.

Title VII prohibits employment decisions based on certain protected attributes like race, religion, and sex. Yet there has been a push in recent years to interpret Title VII’s prohibition on sex discrimination as including sexual orientation and gender identity. The cases have significant cultural, theological, and moral underpinnings; however, the main question for the U.S. Supreme Court is one of statutory interpretation. Here is how the pertinent part of Title VII reads:

“It shall be an unlawful employment practice for an employment agency to fail or refuse to refer for employment, or otherwise to discriminate against, any individual because of his race, color, religion, sex, or national origin.”

No mention of “gender identity” or “sexual orientation.” Case closed—right? Not necessarily. The Federal courts of appeal have reached different conclusions based on their method of statutory interpretation. The methods have largely centered on “textualism” and “originalism.”

Textualism holds that the plain meaning of the legal text is the only thing you look at in interpreting, with no consideration given to any non-textual sources. Instead of considering the overall purpose of the law, legislative history, or policy arguments, a textualist approach only looks to the four corners of the paper on which the law is written, considering nothing besides the apparent meaning of the text. Textualism has long been heralded by justices like the late Justice Antonin Scalia and Trump-appointed Justice Neil Gorsuch.

The argument goes that by discriminating based on one’s sexual orientation, you are inevitably discriminating based on his or her sex. For example, imagine that there are two employees: one heterosexual man dating a woman and the other a homosexual woman dating a woman. If the homosexual woman is fired for dating another woman and the man is not, the only reason the woman is fired is because of her sex. Both employees are participating in the same activity (dating a woman); the only difference is that one employee is a woman and the other is man—thus, sex discriminati0n. The argument goes that since Title VII bans sex discrimination, the law also necessarily bans discrimination based on sexual orientation. In the same way, a biological man who is wearing woman’s clothing and using the women’s restroom would not be fired if it were a biological woman doing those same things. LGBT advocates claim that this also is sex discrimination.

There are several weaknesses with this argument. In the first example, the primary reason the employee is fired is her sexual orientation, not her biological sex. Title VII’s inclusion of the term “sex” means just that and nothing more. In this case, sex may be a factor, but it is not the primary reason for the firing. Sex and sexual orientation are different concepts. Sex has to do with one’s genetic makeup and reproductive abilities while sexual orientation is based on one’s sexual attraction to others, and gender identity has to do with whether one’s expression or behavior corresponds with his or her biological sex.

For years, LGBT lobbying efforts have tried to pass the Equality Act, which, among other things, would add sexual orientation and gender identity to Title VII’s list of protected classes. The bill has been introduced in Congress for years yet has never been enacted. The U.S. Supreme Court would essentially be adopting a policy that Congress has deliberately decided not to pursue.

There is another form of statutory interpretation called originalism, which some courts have used to come to the conclusion that “sexual orientation” and “gender identity” are excluded from Title VII’s protection. Originalism still focuses on the text of the statute, but a word’s meaning is frozen in time. Instead of incorporating changing meanings of words, as may be allowed under a broader view of textualism, originalism says that a word’s meaning is to be taken from the original public understanding of the text from the time the text was enacted. In other words, if a text was passed in 1950, a court ought to look at what the word meant in 1950–not what it means today.

The wisdom of originalism acknowledges that words change meaning over time, but to ensure a fixed meaning in law, the only meaning that a court will consider is what the public understood the words to mean when it was enacted. This approach is taken in order to avoid changing the law from its intended purpose. In this case, no one seriously argues that Congress or the general public would have understood the term “sex” to include “sexual orientation” or “gender identity.”

The U.S. Supreme Court heard oral arguments for these cases in October, and the decisions are expected to come down any day over the coming weeks. Some observers believe Justice Neil Gorsuch to be the swing vote. Justice Gorsuch admitted that the issue was very close in his mind during oral arguments. Congress, the people’s representative, has so far refused to add gender identity or sexual orientation to Title VII by refusing to enact the Equality Act. Yet the Court may choose to bypass the democratic process and adopt this new reading of Title VII.