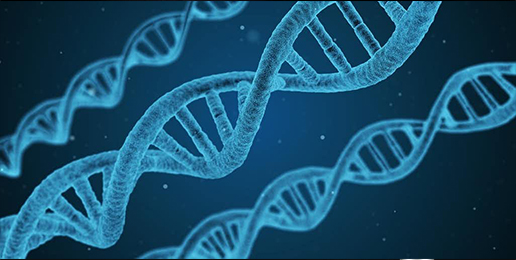 The Left Has Chosen Open Rebellion to Science
10.26.18
PRINT

It’s a fascinating spectacle to behold. On Monday of this week I wrote a piece defending the Christian conception of a much younger Earth than what modern scientists relying on a number of unproven assumptions propose. Though the target audience for that piece was Bible-believing Christians, it was widely panned by agnostic skeptics and non-theist scoffers who are all-in on the Darwinian faith and its requisite “millions of years” conception of Earth history.

That’s okay with me, and honestly to be expected. But you’ll have to excuse me when I snicker at the same voices, virulently attacking me for my betrayal of “science,” simultaneously promote the embarrassing pseudoscience of transgenderism. Please, for the sake of your own reputation, don’t appeal to the efficacy of science when retweeting this anti-science howler from the New York Times:

“The idea that a person’s sex is determined by their anatomy at birth is not true, and we’ve known that it’s not true for decades.”

The degree to which liberal progressives are willing to beclown themselves over something so objectively, scientifically clear is remarkable. Take Hollywood activist George Takei. His abuse of science is exceeded only by his desperate political crusading:

“The Trump administration is trying to make Trans people disappear by defining gender as only male and female, determined by genitalia at birth. This is an egregious, callous attack on the LGBT community. Send a clear message on Nov 6th that there is no place for hate in America.”

This is just shockingly irrational. What the administration is prepared to do is correcting the confused, politically-motivated nonsense the Obama administration committed in muddling federal definitions of sex and gender as part of a pandering campaign. The Times explained it, albeit in their characteristically slanted manner:

A series of decisions by the Obama administration loosened the legal concept of gender in federal programs, including in education and health care, recognizing gender largely as an individual’s choice and not determined by the sex assigned at birth. The policy prompted fights over bathrooms, dormitories, single-sex programs and other arenas where gender was once seen as a simple concept. Conservatives, especially evangelical Christians, were incensed.

Now the Department of Health and Human Services is spearheading an effort to establish a legal definition of sex under Title IX, the federal civil rights law that bans gender discrimination in education programs that receive government financial assistance, according to a memo obtained by The New York Times.

Did you catch that? The administration is seeking to establish a logical, objective, rational legal definition of sex for programs falling under Title IX. George Takei’s politics notwithstanding, sex is only male and female, determined by genitalia at birth. Anyone who denies this, denies science.

And despite the hysteria, which again, is all generated for political purposes, this move would not make transgender people “disappear.” That is unless you believe that transgender people only “appeared” when the Obama administration meddled with Title IX to raise campaign funds from LGBT activists.

Having compassion towards people who are confused about their sexual identity is noble and good. It’s a hallmark of a moral society. But compassion never includes denying scientific reality or facilitating delusion for the sake of political profit. That is what the Obama administration egregiously and callously did. Correcting their error and restoring scientific sanity isn’t lacking in compassion, it’s embodying it.

This article originally posted at TheMaven.net