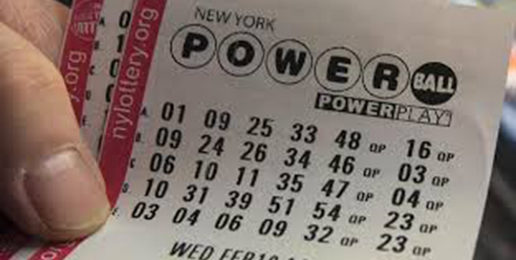 Why Everybody Loses With The Powerball
01.11.16
PRINT

No one won this week’s Powerball jackpot, which means the jackpot will roll over [to an estimated $1.3 billion]— the largest lottery prize in U.S. history.

According to the Associated Press, Powerball is played in 44 states, the District of Columbia, the U.S. Virgin Islands and Puerto Rico. But who is funding the game?

Public polling has confirmed the fears of many who oppose such government-promoted gambling: the poorest among us are contributing much more to lottery revenues than those with higher incomes. One poll found that people who played the lottery with an income of less than $20,000 annually spent an average of $46 per month on lottery tickets. That comes out to more than $550 per year and it is nearly double the amount spent in any other income bracket.

The significance of this is magnified when we look deeper into the figures. Those with annual incomes ranging from $30,000 to $50,000 had the second-highest average — $24 per month, or $288 per year. A person making $20,000 spends three times as much on lottery tickets on average than does someone making $30,000. And keep in mind that these numbers represent average spending. For every one or two people who spend just a few bucks a year on lotteries, others spend thousands.

All of this is taking place in a system of legalized gambling that is monopolized and promoted by those in political power. Where state governments are supposed to be looking after the welfare of their citizenry, the commonwealth of all the people, the establishment of a lottery has in fact betrayed the citizenry.

What begins as a well-intentioned plan to provide for the needs of the people – education funding for example – very often becomes just another source of revenue for a voracious state treasury. Lotto revenue is often diverted for new purposes through legislative and bureaucratic chicanery.

The highly promotional nature of state lotteries becomes clear as they bombard us with advertising in every available medium. When jackpots like Powerball get particularly large the media blitz becomes a frenzy, as the government-run lotteries attempt to dazzle us into the twenty-first century form of “gold fever.” In a previous multi-state Mega Millions lottery, Michigan officials tempted players with the promise of “$24,300 per day!” in a press release that described winning the jackpot as “a pretty nice payday.” In this way, state lottery boards and commissions “come to you in sheep’s clothing, but inwardly they are ferocious wolves” (Matthew 7:15 NIV).

The effectiveness of such media campaigns is apparent from the polls and surveys on lotto spending. Among the lowest-income bracket, 62 percent of those who purchased lottery tickets in the past year denied having participated in legal gambling. In other words, the government has managed to convince many of us that lotteries are not indeed gambling but rather a form of civic duty, a valid and even commendable form of public service. This is evident in such rhetorically benign mottos as, “Benefiting All Rhode Islanders Since 1974,” “It’s Only a Game” (Montana), and “Odds Are, You’ll Have Fun” (Ohio).

Certainly when Jesus said, “The poor you will always have with you,” (Mark 14:7 NIV) he meant it as a description of the inevitable result of human sin and social evil. Such evil is exemplified well in the case of state lotteries, which have effectively codified Jesus’ statement into an institutional goal.

Jordan J. Ballor (Dr. theol., University of Zurich; Ph.D., Calvin Theological Seminary) is a research fellow at the Acton Institute for the Study of Religion & Liberty and author of Get Your Hands Dirty: Essays on Christian Social Thought (and Action).

This article was originally posted at the ERLC.com website.