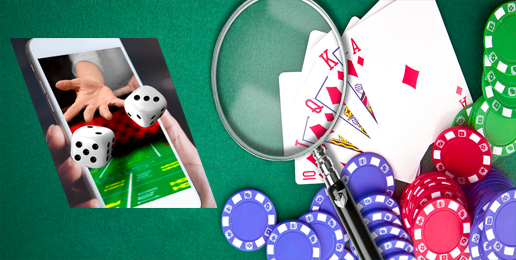 How Gambling Can Destroy Students
07.29.22
PRINT

When discussing covetousness, Christians often cite 1 Timothy 6:10 which states, “For the love of money is a root of all kinds of evils.” However, many often forget to mention the preceding verse: “But those who desire to be rich fall into temptation, into a snare, into many senseless and harmful desires that plunge people into ruin and destruction.” The Bible clearly warns us about the evils inherent within the relentless pursuit of wealth, and this teaching should be applied when individuals consider gambling. As a college student who has watched a number of friends become compulsive gamblers, I hope and pray that my peers will internalize the Lord’s advice and refrain from engaging in such a destructive habit.

I began my college career at a small private university in Virginia where the average family income of a student is greater than $250,000. Although I came from a relatively modest background and attended public high school, many of my classmates were the children of business tycoons and government officials born into generational wealth. As a result, a number of my closest friends had access to sizable checking accounts with relatively little oversight from their parents. Now, I do not believe there is anything inherently wrong about achieving success in the professional world or accruing wealth. However, I do believe that with great wealth comes great responsibility, and students who are receiving financial assistance from their parents should practice good stewardship of their family’s resources. Most of my friends adhered to this principle, but once virtual sports gambling emerged, many began to crumble.

One night, as my fraternity brothers and I sat around watching a meaningless baseball game on a weekday night, I noticed considerable tension in the room. I could not fathom why anyone would have such strong feelings toward a game between the Pirates and the Marlins, as none of my friends rooted for these teams or even played baseball. Growing up in a Christian household, I had been sheltered from the cruelties of gambling. Therefore, I was completely unaware of the possibility that my friends had bet money on the sporting event, especially because gambling had not yet been legalized in Virginia. Nonetheless, I quickly discovered that one of my friends had come in contact with an out-of-state bookie, permitting him to wager thousands of dollars of his parents’ money on a Marlins’ victory. This realization shocked me, and I questioned my friend, who served as a sort of mentor to me, what would happen if the Marlins lost. His response: “Let’s hope we don’t find out.”

Unfortunately for my friend and his family, the Marlins did lose that evening. The financial mismanagement sowed discord within his family, leading to a number of arguments and the erosion of vital parental support. Like so many other young people drawn in by what many say are the false promises of sports wagering giants like FanDuel, my friend descended into the pits of debt, a problem he sought to solve with more gambling.

According to a combination of national studies, approximately 1 in 20 college students meet the criteria for compulsive gambling. The rise in gambling addiction among the adolescent population is startling because the habit is associated with a host of other risky behaviors that can prove detrimental to a student’s personal life. The International Center for Responsible Gaming finds that, “students with gambling problems are more likely to use tobaccos, drink heavily or binge drink, smoke marijuana or use other illegal drugs, drive under the influence, and have a low GPA.” Additionally, studies have shown that approximately 40 percent of problem gamblers commit crimes, like embezzlement, theft, and drug distribution, to support their addiction. Thus, gambling proves detrimental to many students’ personal lives.

Gambling addictions also destroy families. A meta-analysis of 14 studies related to gambling and domestic violence discovered over 36 percent of families that contain an individual with problematic betting habits face domestic violence or child abuse. The betting habits also lead to increased familial stress, which translates into higher rates of divorce. The lifetime divorce rate for pathological gamblers is estimated to be from around 40 to over 50 percent. Therefore, I pray that my college peers who have become enmeshed in the destructive net of sports gambling abandon the behavior before they get married and become parents.

After my sophomore year of college, I decided to transfer to a large public university in hopes of escaping the growing unscrupulous culture of the wealthy, private school I attended in the past. Sadly, my hopes proved delusive as a number of my peers at my new school, despite growing up in middle-class backgrounds, maintained similar debilitating gambling habits.

When I arrived for my first day of class, I made friends with a bright young man who was pursuing a career as an investment banker. Despite his financial acumen, he had begun betting on sports games after receiving an offer from DraftKings, which promised $50 in free wagering credits. His habit did not cease once the free bets were exhausted, however, and he rapidly fell into debt, prompting him to request additional financial assistance from his blue-collar family. His parents warned of the repercussions of continued financial mismanagement, but he ignored them, continuing to gamble in hopes of striking a massive payday that would lift him out of the red. The day of reckoning finally came when my friend’s parents discovered that he owed DraftKings over $10,000. After months of rancorous disputes, the family elected to cut off their son financially, and he was forced to drop out of school in order to pay off his debt. To this day, he refuses to speak to his parents, emblematic of the harms associated with virtual sports betting.

I am so thankful to have been reared in a household that engrained in me the importance of being a good steward of wealth. My father often repeats Proverbs 15:27, “a greedy man brings trouble to his family,” in order to highlight the importance of remaining content with your finances. I recognize, however, that many children are not as blessed and fortunate as I am.

Thus, our government should not legalize and thereby encourage more gambling- but instead should have safeguards in place that help prevent children2 from falling into the same trap my college acquaintances have.

This article was originally published by NCFamily.org.