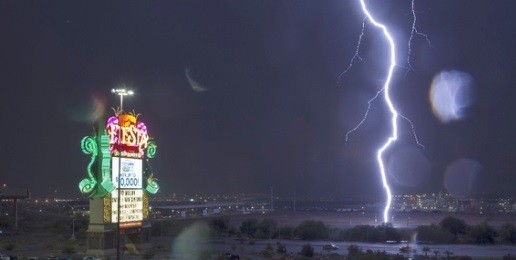 Baltimore is a troubled city, as you know from The Wire. Like many troubled cities, Baltimore has turned to casino gambling as its solution. On August 26, a new Caesar’s casino will open on the site of an old chemical factory, a little more than 2 miles from the famous Inner Harbor and Camden Yards baseball stadium. Yet there’s already reason to expect the casino to disappoint everyone involved: the city looking for tax revenues, the workers hoping for jobs, the investors expecting hefty returns.

Outside of Las Vegas—now home to only 20 percent of the nation’s casino industry—casino gambling has evolved into a downscale business. Affluent and educated people visit casinos less often than poorer people do for the same reasons that they smoke less and drink less and weigh less.

Unfortunately for the casino industry’s growth hopes, downscale America has less money to spend today than it did before 2007. Nor is downscale America sharing much in the post-2009 recovery. From a news report on the troubles of a recently opened Ohio casino:

Ameet Patel, general manager of the property, says the softness in casino revenue that he and other operators have seen has been driven by a key demographic: women older than 50 who used to bet $50 to $75 per visit. The weak recovery has squeezed their gambling budgets, and their trips to casinos are fewer, he says.

What’s true in Ohio applies nationwide. Casino revenues had still not recovered their 2007 peaks as of the spring of 2014, when again they went into reverse in most jurisdictions. Moody’s now projects that casino revenues will drop through the rest of 2014 and all of 2015, slicing industry earnings by as much as 7.5 percent.

Weaker earnings are being divided among ever multiplying numbers of casinos. Baltimore’s casino will be the fourth to open in Maryland, with a fifth soon to rise down the Potomac from Washington, DC. Maryland’s casinos compete with a clutch of new casinos in Philadelphia and Delaware.

Why so much building? Cities are authorizing more casinos for exactly the same reason that the existing casinos are losing business: the weak national economy. Casinos promise a new and easy flow of revenues to hard pressed local governments.

The promise however comes increasingly hedged with fine print.

The casino market is nearing saturation, if it is not already saturated. Two casinos have closed in Mississippi this year. Four have closed or will soon close in Atlantic City, including the glitziest hotel on the boardwalk, Revel.

Casinos that do stay in business yield less to their towns and states. Revenues from Maryland’s first casino, in Perryville, at the northern tip of Chesapeake Bay, have already dropped 30 percent from their peak in 2008, and are expected to decline even more rapidly in future as competitors proliferate.

Yet the truly bad news about casinos is not found in the tax receipts. It’s found in the casinos’ economic and social impact on the towns that welcome them.

Until the late 1970s, no state except Nevada permitted casino gambling. Then Atlantic City persuaded its state legislature to allow casinos, in hope of reviving the prosperity of the battered resort town. Hotels sprung up along the seafront. Thousands of people were hired. And the rest of Atlantic City … saw no benefits at all. All these years later, it still has desperate trouble sustaining even a single grocery store.

No one should look to casinos to revive cities, “because that’s not what casinos do.” So explained the project manager for a new Wynn casino rising near Philadelphia. He’s right, but it has taken a surprisingly long time for city governments to acknowledge a fact that was well understood by the 19th-century Americans who suppressed gambling in the decades after the Civil War.

The impact of casinos on neighboring property values is “unambiguously negative,” according to the economists at the National Association of Realtors. Casinos don’t encourage non-gaming businesses to open nearby, because the people who most often visit casinos do not wander out to visit other shops and businesses. A casino is not like a movie theater or a sports stadium, offering a time-limited amusement. It is designed to be an all-absorbing environment that does not release its customers until they have exhausted their money.

The Institute for American Values has gathered the best evidence on the social consequences of casinos. That evidence should worry any responsible city government.

While the gaming industry argues that the total number of problem gamblers remains small, that small minority is crucial to the industry’s profits: One Canadian study found that the 75 percent of casino customers who gamble most casually provide only 4 percent of casino revenues. A range of studies reviewed by IAV estimated that between 40 to 60 percent of casino revenues are earned from problem gamblers. And as Amy Zietlow observed in an important study commissioned by IAV, those problem gamblers increasingly are drawn from the ranks of the vulnerable elderly. Half of casino visitors are over age 50, but casinos market themselves to the over 70 and even over 80 market, to whom gambling offers an escape from boredom and loneliness into a hypnotic zone of rapid-fire electronic stimuli.

As casino expansion reaches its limits, the towns and cities that turned to gambling to escape their problems may discover that they have accepted a sucker’s bet: local economies that look worse than ever, local residents tempted into new forms of self-destructive behavior, and a dwindling flow of cash to show for it all.

This article was originally published in the Atlantic.

Gambling is No Revenue Generator
b
a
x
r