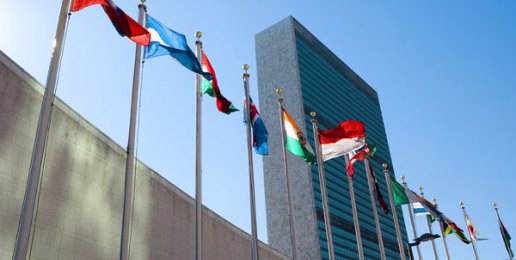 A U.S. Senate panel has advanced to the full senate a treaty that could pose a danger to parents and to pre-born babies.

After a contentious hearing this week, the Judiciary Committee advanced the United Nations Convention on the Rights of Persons with Disabilities, which one expert says has a nice title but is deceiving.

Will Estrada of the Home School Legal Defense Association says there are three concerns, beginning with an intrusion into national sovereignty. The treaty would change America’s current system to allow “unelected United Nations bureaucrats” to monitor how the United States implements the treaty and advise it, he says.

Estrada also alleges the treaty surrenders the sovereignty of parents to bureaucrats, quoting from Article 7 of the treaty. That portion reads, “In all issues concerning the child with disabilities, the best interests of the child shall be the primary consideration.”

In other words, warns Estrada, the treaty could override the authority of parents.

The treaty passed out of committee with a 12-6 vote on Tuesday.

The same treaty received a 13-6 committee vote in 2012, when The Washington Times warned in an editorial that the U.S. could “soon find itself taking orders from international bureaucrats on how to treat people with disabilities.”

Citing those groups, the website also claims concerns about sovereignty are “unfounded” and suggests that ratifying it would give the United States a “leadership role in the international community.”

Still another warning from Estrada is that Article 25 in the treaty creates a “right” to abortion, stating that countries that ratify the treaty must ensure “that every person with disabilities gets free sexual and reproductive health services.”

That includes free, UN-guaranteed access to abortion – for the disabled.

The Washington Times editorial from two years ago reported then that Democrats insisted the UN treaty wouldn’t override restrictive U.S. abortion laws. But they rejected an amendment, offered by U.S. Senator Marco Rubio (R-FL), to exclude abortion from the phrase “sexual and reproductive health.”

Estrada encourages people to contact their state’s two senators and ask for a “Nay” vote when the UN treaty comes up for a vote.

This article was originally posted at OneNewsNow.com.

The Collapse of Gender Sanity
b
a
x
r