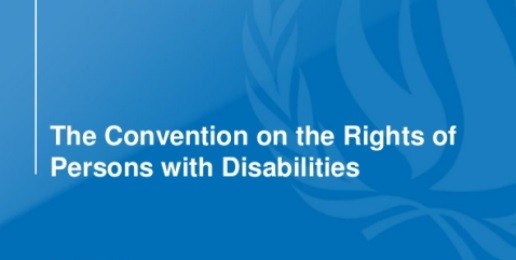 UN Disabilities Treaty has Returned—Stronger than Ever
06.13.14
PRINT

By Michael Farris of HSLDA

We have bad news. The dangerous UN Convention on the Rights of Persons with Disabilities (UNCRPD) that you narrowly defeated through calls and emails in 2012 has returned. It has come back stronger than ever, and its supporters are preparing to ram it through the U.S. Senate.

This United Nations treaty says “in all actions concerning children with disabilities, the best interests of the child shall be a primary consideration.” Not “parental rights,” as our U.S. Supreme Court has ruled. But “best interests of the child,” a legal term only used during divorce and abuse and neglect cases. Government officials could use this section to override parental decisions for their child with a disability. Other provisions of this treaty threaten U.S. sovereignty, promote abortion rights, and require a national registry of all children with disabilities (the term “disability” isn’t even defined).

The UNCPRD isn’t about protecting people with disabilities—our nation’s own laws and strong leadership overseas already do this. It’s about whether we will surrender our freedom to an unelected, unaccountable United Nations.

You defeated this treaty in December 2012. But the supporters were looking for a way to win the second time and ratify the UNCRPD. And they believe they have found it with the U.S. Supreme Court’s decision in Bond v. United States, which was issued last week.

Bond v. United States dealt with a jilted wife who used household chemicals in a bungled attempt to poison her rival. But it quickly turned into a major constitutional case dealing with the Chemical Weapons Ban treaty, congressional action, and the Constitution.

The Supreme Court made the right decision and found that it was ridiculous for the federal government to prosecute this hapless chemical user. But the Court’s decision was very narrow, and never addressed the treaty power found in the U.S. Constitution.

Only three justices—Scalia, Thomas, and Alito—brought this issue up. And they—like HSLDA—are very worried about how treaties can threaten our system of limited federal government and our constitutional freedoms. We encourage you to read the decision here. You can read the concurring opinions of justices Scalia, Thomas, and Alito starting after page 21.

Supporters of the UNCRPD such as Senate Foreign Relations Committee Chairman Bob Menendez (NJ) seemed to not even have read this decision in their haste to urge ratification of this United Nations treaty. In the days since the decision, countless organizations have issued press releases calling for swift ratification of the UNCRPD. Supporters of the treaty are aggressively lobbying on Capitol Hill at this very moment. This treaty is roaring back, possibly as early as the week after Independence Day.

HSLDA’s federal relations staff and our allies are fighting back on Capitol Hill as hard as we can. But ultimately, only you can stop this treaty. We ask that you immediately take a moment to email your two U.S. senators and urge them to protect our nation’s sovereignty against the United Nations, to protect parental rights, and to vigorously oppose the UNCRPD. If you have the time to send a letter, that would be even better.

We know emails and letters take time. But this battle is crucial. Let’s hold off on phone calls for now so we can save that powerful action for when a vote is scheduled. But please make your voice heard by sending a letter or email in your own words. Then please forward this email to three of your friends and ask them to do the same.

Thank you for standing with us to preserve our freedom in the face of the United Nations and transnationalists in the U.S. Senate. This is going to be a tough fight. By the grace of God and the tireless work of parents and concerned citizens like you, this treaty was defeated in 2012. I believe we can defeat it again.