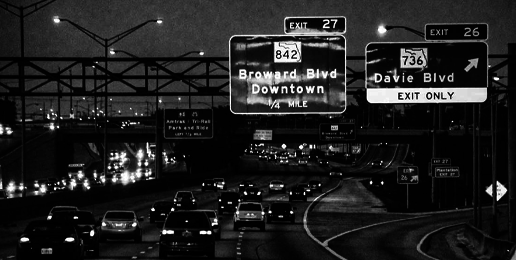 The way to make infrastructure great again is to make localism great again.

One need not be a flaming states’ rights advocate to understand that something as local in nature as surface transportation can be dealt with more efficiently and effectively on the state and local levels. Which is why, if Donald Trump wants to make America’s infrastructure great again, he should return the gas tax revenue and responsibility of transportation to the states rather than increasing the federal debt and pumping more money into the insane system that indirectly controls every pothole from Washington D.C., distorts proper planning and decision-making, and prevents local communities from debating their priorities.

The interstate highway system was completed over 25 years ago. Yet the political class in both parties believes that K Street lobbyists and federal bureaucrats should run the transportation policy of all 50 states, despite the fact that each state has a unique geography, topography, population density, and cultural differences in travel. The result is a failed cycle of bailouts for the Highway Trust Fund (HTF), thanks to states relying on the inefficient quicksand of federal transportation policy. The question going forward is: Will we double down on raising taxes and/or increasing debt to fund endless bailouts of an inefficient system? Or will we give states full control over their own transportation so they can plan ahead according to their needs and have a debate over taxes and spending priorities where the options can be weighed in the most transparent fashion?

The truth about highway spending

Much as the payroll tax was sold as a pay-as-you go supply for Social Security, the 18.4-cent-per-gallon federal gasoline tax and the 24.4-cent federal diesel excise tax were promised to be used exclusively for highways and bridges. They collectively fund roughly 86 percent of the total HTF, while the remainder of revenue comes from excise and sales taxes on tires, tractors, and heavy trucks. And just as with Social Security, whereby 17 percent of the funds were later diverted to the disability program, roughly 20 percent of the highway funds have been diverted toward mass transit, due to urban pressure groups. Furthermore, according to the Heritage Foundation, Davis-Bacon Act age mandates jack up the cost of construction projects by 22 percent. The cost of our current environmental regulations is incalculable. This has created a dynamic where we spend about $55 billion a year from the highway trust fund while bringing in just $40 billion in revenue, resulting in a $15 billion annual shortfall every year.

The Chamber of Commerce and U.S. House Transportation and Infrastructure Committee Chairman Bill Shuster complain that we have not raised the federal gas tax in 25 years and that it has endangered our roads and bridges. But the reality is that we have not gone without the extra spending because we have bailed out the trust fund from general revenue whenever there was a shortfall. Since 2008, Congress has transferred roughly $143 billion of general revenues to the HTF, $71 billion in 2015 alone when it last reauthorized federal surface transportation programs and the gas tax through 2020. At the time, 24 percent of the bailout funds were funneled toward mass transit!

Thus, the case for returning transportation spending to the states is even more compelling than for education spending.

If we were to turn over the gas tax system to the states, states could set their rates to the same levels as the current combined federal and state gas tax rates. They’d thus be able to cover all of their needs simply by cutting out mass transit and Davis-Bacon regulations. As the Competitive Enterprise Institute observed, we are spending up to 28 percent of the highway funds (combined federal and state) on a method of transportation that accounts for less than two percent of all trips. Accordingly, most of the entire projected shortfall in the Highway Trust Fund is the result of increased spending on mass transit.

If states want to spend more money on mass transit, then they should have a local debate over cutting other spending or raising the gas tax over and beyond the current federal level. But it must be done at a local level. The problem with the current system and the one Trump wants to expand is that is makes the states reliant on the unpredictable and inefficient federal sinkhole. This hampers long-term planning and a sense of prioritization. In their alacrity to gobble up the short-term money before it runs out, state and local governments tend to use the federal funds on small-time and indivisible projects, such as incessant road repaving, instead of better-planned long-term projects. Or they funnel the money to special interests, such as mass transit. Ever wonder why there are buses running through your neighborhood where everyone has two cars? You have no input because there is free money coming from the feds.

The inefficiency of relying on the federal government for highway spending has made it harder to properly plan projects without needlessly creating traffic jams. It prevents states from planning long-term maintenance, which is a much bigger need than new infrastructure. Yet it’s hard to conduct ribbon-cutting ceremonies for an existing road, which is why so much of the federal funding is steered towards projects that are not a priority but that make headlines for politicians. Localism would force a “sink or swim” debate of prioritizing maintenance over new construction. On the other hand, spending more money and raising the gas tax at a federal level, as Transportation Secretary Elaine Chao is calling for, would shield politicians from having this debate. And even if locals ultimate feel that it’s worthwhile to build a new road, they can choose from a range of options, from short-term gas tax increases and fees to cutting other projects. It’s called self-governance.

Once states are empowered with the revenue and responsibility to care for their own local needs, there should not be a need for a massive spending increase in most states above and beyond the current levels. The premise that our entire surface transportation system is crumbling across the board and in need of trillions more from the federal government is a myth and will only exacerbate the existing inefficiencies. We have spent more money on transportation in recent years, and according to the Government Accountability Office, the share of structurally deficient bridges has dropped dramatically over the past decade.

According to Reuters, fewer than 20 of our nation’s 1,200 busiest bridges are structurally deficient. And the way to target their repairs is not by giving states unaccountable handouts but by forcing them to stand before their voters and properly prioritize these needs over other projects to which they inevitably steer funds under an open-ended federal entitlement. Basic maintenance of the highways we already have should be the responsibility of the local governments.

The good and bad of Trump’s transportation proposal

President Trump has the right idea about streamlining the permitting process, cutting regulations, and eliminating judicial meddling from junk lawsuits. He is also right to pursue private investments and lifting caps on tax-exempt municipal bonds so that states can lure private investors into these projects at lower interest rates. He should pursue these policies as a standalone initiative, along with eliminating Davis-Bacon regulations, without a massive new entitlement. The problem is that this will only happen by getting the federal government out of the way, not by making the federal government, the Department of Commerce in particular, the gatekeeper for grant programs to hold over the states. States must be given independence – with the opportunities AND responsibilities to force them to make the right decisions on their own.

Throwing more federal money at states, with federal bureaucrats setting the terms, will exacerbate the fatal flaw of current policy, which is the distortion of sound decision-making and prioritization at a local level. President Trump has identified the correct end goal by trying to leverage public-private partnerships, but the only way to ensure that outcome is by cutting off the federal spigot while simultaneously giving states all of the gas tax revenue. Trump’s blueprint rightfully recognizes that “states and localities are best equipped to understand the infrastructure investments needs of their communities.” But a $100 billion grant program that is a hybrid between Medicaid expansion and Common Core in terms of federal dictates is moving in the opposite direction.

As for other infrastructure, such as waterways and drinking water, according to the CBO, we already spend $416 billion in combined federal, state, and local expenditures. States have already been ramping up spending in recent years and account for three-quarters of the total sum. Why not put all of it on the states and make them completely independent for highway and road maintenance? U.S. Senator Mike Lee (R-Utah) and U.S. Representative Ron DeSantis (R-Florida) have a bill doing just that, while maintaining a small portion of gas tax revenue to be used for the few projects that are national in scope.

A true compromise between the increased spending and the better elements of Trump’s plan would do the following:

We wouldn’t want garbage collection to be run by the federal government, so why do we continue to depend on a broken Washington for local road and highway issues?

Take ACTION:  Click HERE to send a message to President Trump and to your U.S. Representative asking them to abolish the federal gas tax and let the states lead on planning and decision-making regarding road, bridge and highway infrastructure.  Urge them to reject the idea of raising regressive federal gasoline taxes which hit middle class and poor families the hardest.  Ask them to stop feeding an inefficient and bloated federal bureaucracy and instead return control to the states.

This article was originally published at ConservativeReview.com