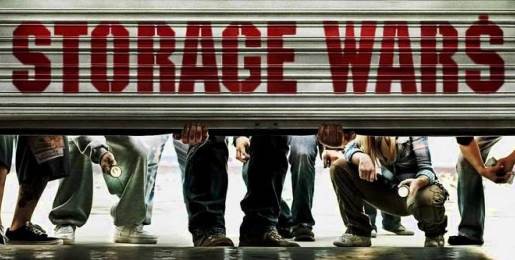 Now that the heady rush of jubilation has faded from the election, it’s time to take stock of what we actually achieved. The numbers couldn’t be more forthright. It’s as if the American people interrupted the President to interject, “Now, let me be clear…” The 2014 election was an epic political repudiation of President Barack Obama, U.S. Senator Harry Reid, and the Progressive agenda in Washington.

It was a demonstration that all but the most white-eyed leftist loons in America are tired of Obama’s ineptitude, deliberate or otherwise. How amusing now to think about those talking heads on cable who tried to suggest that the Democrats might not lose the Senate, the day before America catapulted the Senate back to the Republicans in a resounding fashion.

But what has been achieved? What has our political support purchased? In a strange way, American voters are like folks on that Storage Wars show. Turn on any episode and you’ll see people bidding crazy amounts of money on a garage-worth of stuff they’ve only glimpsed from a distance. Could be treasure, could be rubbish. And just like those storage-capitalists, we don’t yet know what we just purchased.

In the majority of races, it would be very difficult to elucidate just what the Republican candidate ran on, since the only discernable plank in the 2014 GOP campaign strategy was “We’re not Obama”. It could be that we’ve only traded progressive Democrats for progressive Republicans. The reality is that the GOP has controlled arguably the most powerful organ in the Federal government for the past four years.

The power of the House of Representatives lies in the purse. It is through the House that all the rest of the government is funded, since all bills for raising revenue originate in the House (ala Article I, Section VII). Of course this is by design, providing one more check and balance to offset the potential overreach of a Federal leviathan. Whoever controls the House, controls the funding of the entire US Government.

And yet, this power was deliberately set aside by GOP leadership during one of the most egregious, tyrannical growths of Presidential power in American history. One could argue that there has never been a greater need for the House to check a runaway Executive branch and yet the Speaker of the House sat on his hands for four years. No, even worse, the Speaker told his enemies about his plans to sit on his hands before he did so. When U.S. House Speaker John Boehner communicated time and again that the power of the purse was off the table, he surrendered before the enemy even took the field.

Since Boehner took the Speaker’s gavel in 2010, Obama has:

And this is just the low-hanging fruit!

Obama’s abuse of presidential power has been beyond the wildest dreams of progressive radicals, yet Boehner’s House has achieved only one minor victory: Sequestration via a half-hearted government shutdown. Yet even Boehner himself admits that he had to be talked into it and was against the idea from the beginning.

New Senate Majority Leader Mitch McConnell is at least as spineless as Boehner and coupled with the fact that these two men now control the entire Federal legislative machinery yet haven’t advanced the slightest hint of a conservative agenda over the past 4 years, can Americans have any hope in the success of a newly-elected conservative majority?

It is a question which is impossible to accurately answer at this juncture. Conservative politicians are not immune to legislating much differently than they campaigned. Given the number of Establishment-endorsed GOP candidates who won, I think there will be more than a fair number of newly-minted RINOs in D.C. come next year.

It remains to be seen how much of a seat at the table Boehner and McConnell will give any true conservative who shows up. Based solely on their actions over the past 4 years, chances are that McBoehnell will work behind the scenes to erode support for any kind of conservative resistance which forms in either house.

The encouraging thing is that there are several strong conservative voices headed to Washington next year. Folks like Ben Sasse in Nebraska, Joni Ernst in Iowa, and Tom Cotton in Arkansas should revitalize the efforts of U.S. Senators Mike Lee and Ted Cruz, men who have been holding the conservative line in the U.S. Senate. Similarly Dave Brat, Barry Loudermilk, Mia Love, John Ratcliffe, and Andy Mooney are headed to the an U.S. House in desperate need of articulate, impassioned, principled conservatives.

These Congressional rookies probably think they’ve finally emerged from the political fight of their lives, but they haven’t seen anything yet. If there’s one thing the heartless Republican establishment will attack, it’s an unapologetic conservative. They’ll keep their powder dry until they spot the opportunity to turn on a Tea Partier and then it’ll be open season. If these freshmen are smart, they’ll realize that power lies in numbers and the tighter formation they can maintain, the better.

There’s a reason why the Greek phalanx and the Roman testudo were such effective fighting formations. With any luck, organizations like the Tea Party Caucuses in both houses can form rank around these fledgling representatives until they get their sea legs and prepare to carry the fight to the enemies of Liberty, foreign or domestic.