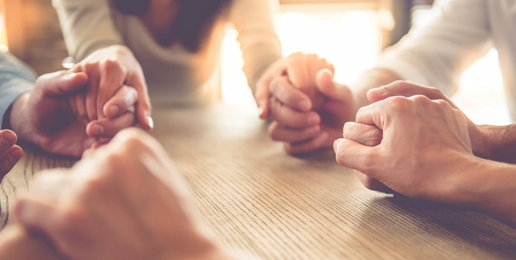 In case you thought that the potential to flip Justice Kennedy’s seat alone will bring us back to the constitutional promised land, think again. So long as the lower courts are not restrained, we will never return to the Constitution and the principles of the Declaration of Independence.

There is nothing more radical than a lower court granting standing to random plaintiffs to sue against non-coerced public prayer in county government meetings, prayers that have been going on since our founding. Yet a district judge in 2015 and the en banc decision of the radical Fourth Circuit in 2017 barred Rowan County, North Carolina, from opening council sessions with a prayer, similar to what our federal Congress does every day. [Last week], the U.S. Supreme Court refused to grant certiorari to the appeal from Rowan County, despite three years of being under a tyranny that the judges know is unconstitutional.

We shouldn’t even need to get into court precedent to understand our heritage and the true meaning of the Establishment Clause of the First Amendment. But just four years ago, in Town of Greece v. Galloway, Justice Kennedy wrote for the majority that as long as the prayer “comports with our tradition and does not coerce participation by nonadherents,” there is no room for judicial intervention. “To hold that invocations must be non-sectarian would force the legislatures sponsoring prayers and the courts deciding these cases to act as supervisors and censors of religious speech,” Kennedy wrote in the 2014 case.

The Fourth Circuit rejected precedent because this prayer, in the court’s estimation, was tantamount to coercion because it makes non-religious attendees feel like “outsiders” and “the overall atmosphere was coercive, requiring them to participate so they ‘would not stand out.’” (More on that case and how contrary it is to our founding here.)

For the U.S. Supreme Court not to take the appeal is egregious, especially given that the Sixth Circuit recently ruled the other way, triggering a circuit split. Justice Thomas, as has become his tradition recently, dissented from the decision to deny cert. Thomas noted, “The Fourth Circuit’s decision is both unfaithful to our precedents and ahistorical” and observed, “For as long as this country has had legislative prayer, legislators have led it.” Gorsuch joined the dissent.

There are a number of important observations to be made here in light of the U.S. Supreme Court vacancy, calling into question our ability to change the direction of the judiciary absent broader reforms:

This is all to say that unless the lower courts are dealt with, we will continue to suffer increasingly at the hands of the lower courts even as the membership on the U.S. Supreme Court officially gets better. The bottom line is: We don’t have five Clarence Thomases and will not get them any time soon.

It is incumbent upon conservatives in Congress to create a movement to reorient the power of the lower courts. Rather than the default being that any random court can shut down our heritage and system of governance for years until the U.S. Supreme Court grants relief – if ever – the injunction should automatically be placed on hold until and unless the U.S. Supreme Court takes up the case and affirms the ruling. Granting a congressional-created court supremacy power over the other branches of government is a case of the inmates running the asylum. If the U.S. Supreme Court refuses to act supreme to its own underlings, then why should we respect its supposed “supremacism” over the rest of us?

This article was originally published at ConservativeReview.com