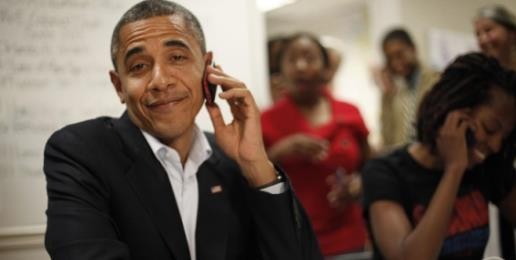 It was an honest mistake. We’ve all been there. You call the IT department and get nothing but the run-around, right? All you want to do is get back into your Outlook, but no dice. This is the situation in which poor Lois Lerner found herself in 2011. Her computer crashed and she lost gobs of emails. Gone forever—apparently Lois didn’t have Carbonite. And wouldn’t you know it, none of the 67,000 unhelpful emails which the IRS has turned over to congressional investigators were lost! Only the ones which involve Lerner’s efforts to use the Internal Revenue Service to intimidate conservative groups were lost.

The additional wrinkle, which is just being discovered now by the Heritage Foundation and others, is that Lerner is only 1 of 6 IRS colleagues to suffer the exact same technological break-down. The IRS has known about this difficulty since February, but was somehow too busy to mention it until now.

Among those who suffered a technological failure was Nikole Flax; she served as former chief-of-staff to IRS Commissioner Steven Miller. Commissioner Miller was one of the IRS employees fired during the uncovering of the intimidation scandal. A cleverly-filed FOIA request has shown that Flax gave Lerner the approval to get together with DOJ officials, in order to explore criminal charges against conservative groups. The Congressional committee investigating the IRS scandal discovered last week that Lerner sent over 1 million pages of data to the FBI, including confidential taxpayer information. Not only was Lerner discriminating against conservative groups on their applications for tax-exemption, she planned to solicit the help of the Feds to pursue criminal charges against them.

Of course this is just an honest IT mistake, right? I mean, it could have happened to anyone. It’s got to be Murphy’s Law at work since the computers of 6 individuals (all affiliated with the current investigation) were affected. Coupled with the fact that the emails which were irretrievably lost just happened to be those which Congress was hoping to read, it seems pretty cut and dry to me. According to the new Minister of Disinformation, Josh Earnest, the idea that these emails were lost on purpose is “far fetched”. (Incidentally, when did WH Spokesmen begin adopting stage names?? Josh’s is particularly ironic.)

After 6 years of the Obama-ganda machine, a pattern has emerged. It always begins with some sort of scandal which gets uncovered; not by an actual media investigation, but by independent efforts on the part of a citizen journalist or a non-profit organization armed with a crafty FOIA request. The Administration then tries to ignore it for a couple of news cycles. If the story doesn’t go away, they craft an implausible story to explain what happened. The more implausible, the better. At this point, the lapdog media immediately begins peddling this explanation as completely credible; usually taking the opportunity to fill in any perceived gaps in the story which the Administration missed in its initial roll-out. If questions still persist, the questioner is either labeled a lunatic or a racist.

This is orchestrated in textbook Alinski fashion: a crazy explanation becomes the honest answer, an honest inquiry becomes a crazy explanation. George Orwell would have been drooling over such an ironic juxtaposition. The switcheroo works because it trades on the power of Ridicule, one of Alinski’s favorite tools. He discovered that people don’t like to be ridiculed. This is even more true today, when everyone is raised to abhor conflict and even the losing team gets a trophy. The weaker we become, as a society, the more power Alinskian tactics will hold.

Since most people today have a phobia of being ridiculed, they will accept an alternative to ridicule more readily than mockery, even if that alternative is a bald-faced lie. A surprising number of people would rather treat something outlandish as if it were plausible than to be branded a lunatic, even though they stand on a logical foundation. The only way to counteract this technique is to ignore the ridicule. A liar can’t redefine reality if his target refuses to give the redefinition any legitimacy. We have seen them use this game plan during the birth certificate controversy, the Tea Party-Congressional Black Caucus spat on the steps of the Capitol, Benghazi, Fast and Furious, the Trayvon Martin case, the Bergdahl Trade, and again with the IRS Scandal.

The fact that we don’t have citizens rioting in the streets is because they have been kept in check by the power of social ridicule…well, that and the militarized thugs in DHS who keep buying ammo by the truckload.

This article was first published at the ClashDaily.com website.