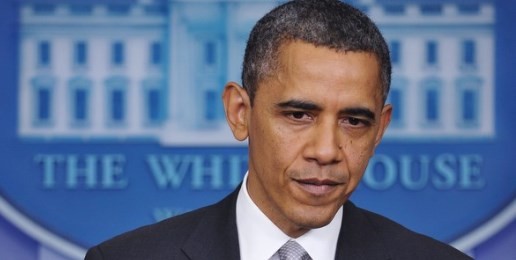 The Obama administration calls it “Guidance to Financial Institutions on Marijuana Businesses.”

The Washington Post story about this development carried the innocuous headline, “Obama administration clears banks to accept funds from legal marijuana dealers,” when in fact the marijuana “business” is not “legal” under federal or international law.

He added, “This is just one more area in which the Obama Administration is undermining our system of checks and balances and the rule of law.”

Robert Charles, former Assistant Secretary of State for International Narcotics and Law Enforcement Affairs, told Accuracy in Media that, despite the “guidance” from the Obama administration, banks will stay away from laundering marijuana money because of the fear of being sued. “The range of suits is enormous,” he said. “The guidelines do absolutely nothing. They protect no bank against anything. The DOJ won’t give any bank an assurance that it won’t be prosecuted under federal bank secrecy or anti-drug laws.”

Calvina L. Fay, executive director of the Drug Free America Foundation, told us, “This is yet one more example of the lawlessness of the Obama administration.  We all know that banks are federally regulated and that pot is still illegal at the federal level. This action will clearly put banks in jeopardy of violating regulations and will enable criminal activity to thrive.”

She added, “This action tells parents and grandparents that the government can no longer be counted on to do what it is intended to do: protect U.S. citizens from criminals who engage in drug trafficking, human trafficking, weapons trafficking, and other serious illegal activities that are inter-connected to the drug underworld. Rather, our government is now embracing this activity and enabling it.”

While most of the major media have been in support of what the Obama administration is doing to facilitate the spread of mind-altering drugs, some publications are sounding the alarm.

Whistleblower, a publication of WND.com, has published a special issue on the epidemic of drug use, legal and illegal, in American society. A piece by Art Moore titled, “Dude: Science contradicts Obama’s pot claims” refers to Obama as the “Choom Gang” president, a reference to his membership in a high school gang of heavy marijuana users, and notes that Obama’s claims about the relative harmlessness of pot are not sustained by the scientific evidence. Another article by Moore identifies Obama supporter George Soros, the hedge-fund billionaire, as the main force behind marijuana legalization.

Investigative reporter Michael P. Tremoglie says in an article on a site called Main St. that George Soros is only one of several big name CEOs and rich elites who are financing the marijuana movement. He also names:

A website called “Marijuana Majority” names dozens of other personalities backing the legalization of dope.

It appears, however, that some Republicans are moving in the direction of Obama’s soft-on-drugs policy.

Five days after the Maryland mall shootings, The Washington Times ran a front page story, “In the weeds: Paul, Christie, Perry open to softer pot laws ahead of 2016,” about possible Republican presidential candidates embracing the drug. It turned out that the Maryland mall shooter, who killed two people and then himself, was himself a pothead, and was possibly having a psychotic episode.

The Times said that U.S. Senator Rand Paul (R-KY) “has arguably been the most vocal on the subject, saying the federal government should leave the issue entirely to the states.” The Times also reported that New Jersey Governor Chris Christie (R) has vowed to scrap the “failed war on drugs.”

But David Evans, the Executive Director of the Drug Free Projects Coalition and a special adviser to the Drug Free America Foundation, notes that during the George W. Bush administration marijuana use went down among young people by 25 percent. “If we had had a reduction in any other health problem in the U.S. of 25 percent, we would consider it an outstanding success,” he said. But marijuana use has been going up under the Obama administration.

Michele M. Leonhart, administrator of the Drug Enforcement Administration (DEA), declared in a statement issued last December that “Those who aspire to see their own or others’ children accomplish great things in life or who want to live in a nation of increasing prosperity should be very concerned about the increase in marijuana use by teenagers, including the fact that a staggering 12 percent of 13- and 14-year-olds are abusing the drug. The mixed messages being sent to America’s teens about the harmfulness and legality of using record-high-potency marijuana are obscuring kids’ awareness of the effects their use will have on them. America owes it to its children to give them the best possible start in life, so they and society are not hindered in the future.”

Her statement takes on even more significance now that Obama has disregarded the scientific evidence, declared the drug to be relatively harmless, and is encouraging banks to launder money from the marijuana traffickers.

Pro-marijuana groups are demanding that Obama fire Leonhart. But she continues to enforce the federal laws against marijuana as best she can. The DEA announced on January 27, 2014 that the owners of a “medical marijuana” dispensary in Bakersfield, California, had been charged with trafficking in both methamphetamine and marijuana.

This article was originally published at the Accuracy in Media website.