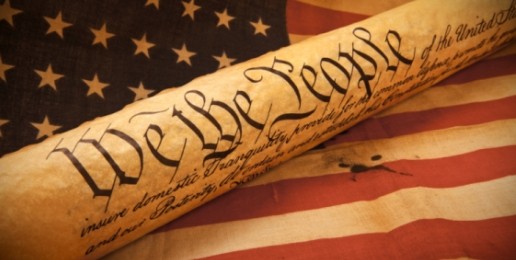 Democrat members of the U.S. Senate are seeking a blank check to limit free speech, and the National Right to Life Committee is warning about the impact.

“This proposed constitutional amendment would give Congress and the 50 state legislatures complete authority to restrict and even criminalize any type of communication of the public that might influence elections,” claims National Right to Life spokesman Douglas Johnson.

Johnson is referring to S.J. Res. 19, which is being pushed by Democrats after the U.S. Supreme Court ruled on campaign contributions in the Citizens United case.

Government.gov describes the bill as a constitutional amendment that “grants Congress and the states the power to regulate the raising and spending of money and in-kind equivalents with respect to federal and state elections, respectively.”

But Johnson says it is a “radical proposal that would cut the heart out of the First Amendment.”

He says the pro-life group is concerned because abortion is one topic among others “that are out of favor with the institutional news media or certain elites.”

“This is a blank check,” Johnson warns, adding that National Right to Life is telling senators the organization considers the bill a “key issue.”

“And we do take this seriously, because 44 Democratic senators have already signed their names to this radical proposal,” he says.

The letter NRTL sent to senators can be read here.

The proposed amendment is reminiscent of the Johnson Amendment, which virtually shut down pastors from speaking about politics from the pulpit, including limits on speech on social issues.

Take ACTION:  Illinois’ U.S. Senator Dick Durbin is a co-sponsor of this anti-freedom legislation.  Please contact his office to ask him to withdraw his support.  Call his Washington D.C. office at (202) 224-2152 or send him a message through his website by clicking HERE.