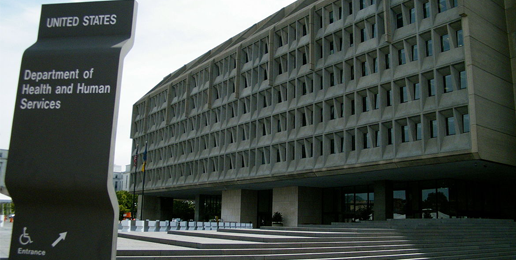 The federal Department of Health and Human Services (HHS) has proposed new rules that would end regulations put in place by the Obama Administration that prohibited faith-based child welfare providers from receiving federal funding without abandoning their beliefs.

The current regulations were put in place just after President Obama’s election. They prohibit faith-based institutions that receive federal funds from refusing to place children in homes with unmarried partners, same-sex partners, and same-sex married couples. Illinois also passed such a law in 2011.

“Every child deserves a chance to be raised in a loving home. That’s why ADF supports HHS’s revision of its regulations to allow both secular and faith-based providers to compete for federal grants on an equal footing. Tragically, there are currently over 430,000 children in the foster care system and 125,000 eligible for adoption, and faith-based adoption and foster care providers play an integral role in serving these vulnerable kids.”

Priutt commended HHS for seeking to “protect a diversity of providers to ensure the greatest number of children find a permanent, loving family.” A 2014 study by Barna Research found practicing Christians (5%) are more than twice as likely to adopt than the general (2%) population. Catholics are three times as likely and evangelicals five times as likely to adopt than the average adult.

Russell Moore, president of the Ethics and Religious Liberty Commission of the Southern Baptist Convention, recently wrote a Wall St. Journal op-ed in support of the rule change. “The foster-care system is burdened, with children who need parents enduring tragically long waits for placement,” Moore wrote. “Genuine civic pluralism means everyone—secularists, atheists and agnostics, along with religious people of all sorts—should care about these children.”

According to HHS, which made the announcement Nov. 1, the new rule would be in accordance with “nondiscrimination provisions passed by Congress and signed into law.” It also puts the agency in compliance with U.S. Supreme Court decisions regarding the administration of grant funding.

The time for submitting comments closed Dec. 19 and will now undergo a review period before going into effect. There’s no word on whether any opponents will seek legal action.