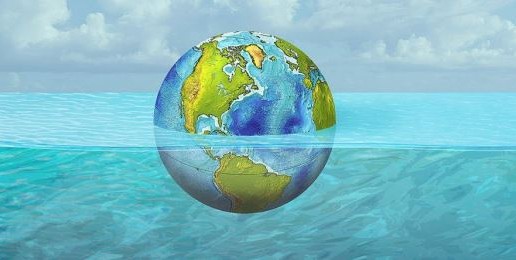 Kids Can Sue Obama to Compel the Ocean to Stop Rising
05.20.16
PRINT

A thousand years ago King Canute of Denmark and England observed that as powerful a monarch as he was, he still could not compel the tide to obey his command to cease rolling in on his shores.

King Canute never met Thomas M. Coffin, a Magistrate Judge of the United States District Court for the District of Oregon.  Magistrate Judge Coffin today entered an order refusing to dismiss a lawsuit (Juliana v. United States, U.S.D.C., D. Ore., No. 15-cv-1517) brought against the United States Government (no doubt vigorously defended, as one might imagine, by President Barack Obama, his Justice Department, and his EPA) by “children” represented by an outfit called “Wild Earth Advocates” who claim that governmental inaction in the face of climate change violates the constitutional rights of kids.

At page 14 of today’s order Magistrate Judge Coffin finds that “The complaint does raise issues of whether government action/inaction violates the Constitution and these are issues committed to the courts rather than either of the political branches.”  One might have thought that a decision by a political branch of government not to act was a political question, not to be decided by the courts.  Magistrate Judge Coffin thinks otherwise.

“The debate about climate change and its impact has been before various political bodies for some time now. Plaintiffs give this debate justiciability by asserting harms that befall or will befall them personally and to a greater extent than older segments of society. It may be that eventually the alleged harms, assuming the correctness of plaintiffs’ analysis of the impacts of global climate change, will befall all of us. But the intractability of the debates before Congress and state legislatures and the alleged valuing of short term economic interest despite the cost to human life, necessitates a need for the courts to evaluate the constitutional parameters of the action or inaction taken by the government. This is especially true when such harms have an alleged disparate impact on a discrete class of society.”

At page 2 Magistrate Judge Coffin enumerates the “constitutional” rights on which he will allow the Plaintiff kids to litigate:

Plaintiffs assert the actions and omissions of defendants that increased C02 emissions “shock the conscience,” and are infringing the plaintiffs’ right to life and liberty in violation of their substantive due process rights. Plaintiffs also allege defendants have violated plaintiffs’ equal protection rights embedded in the Fifth Amendment by denying them protections afforded to previous generations and by favoring short term economic interests of certain citizens. Plaintiffs further allege defendants’ acts and omissions violate the implicit right, via the Ninth Amendment, to a stable climate and an ocean and atmosphere free from dangerous levels of C02•   Finally, plaintiffs allege defendants have violated a public trust doctrine, secured by the Ninth Amendment, by denying future generations essential natural resources.

A copy of Magistrate Judge Coffin’s order is attached.  Also attached, for your convenient reference, is a copy of the amended complaint on which the case pending.

The mind crackles with exciting prospects for future applications of the Coffin doctrine:  Can kids sue to stop old people from wasting the assets of the Social Security and Medicare programs?  Can kids sue the Legislature and Governor of Illinois for deficit spending and underfunded pension fund obligations that future generations will have to pay off?  Can kids sue President Obama and Secretary Kerry today for letting Iran have nuclear weapons in 15 years?  King Canute is long gone, but the path to the Federal courthouse is wide open.

Joseph A. Morris is a Partner in the law firm of Morris & De La Rosa, with offices in Chicago and London. He maintains an active practice conducting trials and appeals in the areas of constitutional, business, labor and international law. He is a member of the Bars of the Supreme Court of the United States, the Supreme Court of Illinois and several other courts. Mr. Morris served under President Reagan as Assistant Attorney General of the United States and Director of the Department of Justice Office of Liaison Services.

Mr. Morris is an alumnus of the College and the Law School of The University of Chicago. He is married to Kathleen Morris and resides in Chicago.