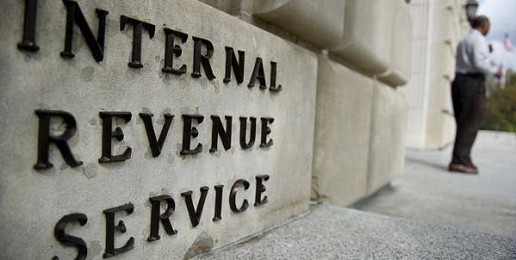 Have you ever read a voter guide or perused a legislative scorecard? Maybe you are one of the many Americans that have helped with a voter registration drive because you believe every citizen should be involved in electing their lawmakers.

The question is does everyone have the right to perform these tasks?

Putting together a voter guide or organizing a voter registration drive seems fairly mundane. Few people or organizations bother with it because it’s a straightforward activity that leaves no room for subjective opinion. A voter guide shows how specific candidates rank based on their views of certain issues. For example, a pro-life organization might put together a voter guide that shows how candidates voted on bills relating to life issues. If candidates vote in favor of defending life as sacred, the pro-life organization will rank them higher and urge support for such candidates. If a candidate votes in favor of measures that support abortion they will receive a less favorable ranking.

Again, who should be allowed to compile and distribute information like voter guides and legislative scorecards?

And yet, the IRS is now proposing new rules that would limit such activities for non-profit organizations.

The American Family Association commented on these proposed rules:

“The IRS is proposing regulations that will give them the authority to restrict voter guides, legislative scorecards, get-out-the-vote campaigns and even the voter registration activities of non-profit groups by defining such civic engagement as “candidate-related political activity…American Family Association General Counsel Patrick Vaughn says, ‘The proposed regulations are consistent with the IRS’ scandalous suppression of Tea Party applications for tax exemption. The IRS seems to have decided that it may have to process Tea Party applications, but it can render the organizations impotent.’”

To be frank, this is a blatant attempt to silence critics of the liberal, big-government social agenda that is being forced on Americans. Those who dare speak up for traditional values are being attacked and this is just the latest of a series of incidents. The IRS knows that voter guides and legislative scorecards are a threat to the liberal establishment who wish to keep legislative activities within the politically elite circles.   Conservative groups who provide these voter guides are seeking transparency and seek to hold lawmakers accountable. This is unacceptable to the IRS, they are afraid of an informed electorate, for they may cease to blindly follow the establishment’s agenda.

Under these proposed IRS regulations , groups such as the American Family Association, the Family Research Council, and even the Illinois Family Institute would be prohibited from letting people know how their lawmakers voted. These same groups would also be prohibited from evaluating candidates based on their positions on issues such as life, marriage, and religious freedom.

If these restrictions are put into place, how would the citizens keep the government accountable?

If the IRS can by fiat silence those seeking to keep the government transparent and accountable, how long would it be before the government, through the IRS, attempts to do the same to churches? How long before the IRS decides that teaching about marriage is considered to be “political speech” and thus illegal for a church? It seems a stretch of the imagination to think of such events, but after all that we have seen over the last few years, is it really out of the question?

On Wednesday, U.S. Representative Charles W. Boustany Jr. (R-LA), Chairman of the House Ways and Means Oversight Subcommittee will hold a hearing with IRS Commissioner John Kroskin.  The hearing will focus on the ongoing investigation of IRS targeting, the newly proposed regulations concerning 501C3 and 501C4 groups, the backlog of applications for tax-exempt status, IRS responsibilities under the Affordable Care Act (ACA), and improper payments of tax credits.

Take ACTION:  Click HERE to send an email or fax to your U.S. Representative to ask them to stop the IRS from implementing new rules to severely restrict the free speech rights of non-profit organizations like IFI.

More ACTION:  The government has no business telling anyone that they cannot distribute information freely. This attempt by the IRS to silence conservative groups is yet another example of government overreach. We must take action and let the IRS know they are out of bounds and interfering with the right to free speech. We encourage you to read the sample letter below and consider copying and pasting it to the IRS Comment Site where it will be logged. Let your voice be heard.

I urge the IRS to reject proposed regulations found in REG-134417-13. It would restrict good citizenship by redefining all voter registration, non-partisan voter guides, legislative records, candidate debates or forums, get-out-the-vote reminders, even the mention of any issue that has been raised by a candidate as regulated political activity.

Most concerning, REG-134417-13 gives the appearance that the IRS is trying to adopt regulations to achieve the same goals that motivated it to hold-up granting the applications of conservative organizations and launch intrusive investigations of Tea Party applicants.

Nathan Cherry
Nathan Cherry is the chief editor and blogger for the Engage Family Minute blog, the official blog of the Family Policy Council of West Virginia. He serves also as the...
Full bio and more from Nathan Cherry
b
a
x
r