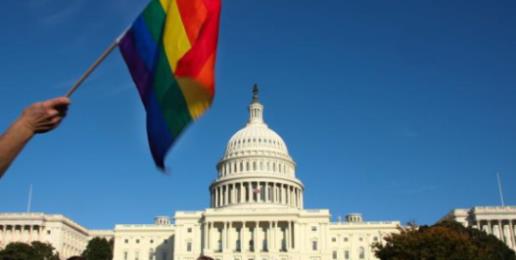 The Human Rights Campaign (HRC), the $40 million “LGBTQ” lobbying group based in Washington D.C., is ramping up their efforts to pass the Employment Non-Discrimination Act (ENDA) in the U.S. House of Representatives. They now have 205 co-sponsors in the U.S. House for H.R. 1755. They need 218 votes to pass it in the House and have it move on to President Barack Obama. As you may remember, ENDA already passed the U.S. Senate last fall. Senators Dick Durbin (D) and Mark Kirk (R) both voted in favor of it.

ENDA would add those who self-identify as “gay, lesbian, bisexual,” and “transgender” to the list of federally protected groups included in the Civil Rights Act of 1964. This bill would institutionalize sexual immorality and gender confusion as a protected right under the law, and it would punish employers, landlords, and people of faith who make distinctions between licit and illicit behaviors.

If this bill passes, every business or organization with more than 15 employees will be barred by federal law from refusing to hire a person because of the person’s “sexual orientation.” Although the bill exempts “religious organizations,” this exemption will undoubtedly result in expensive, time-consuming lawsuits to determine whether an employer is a religious organization since it is not defined in the bill.

ENDA is yet another threat to Christian liberty and traditional values in America. This piece of legislation creates a special class of protection based on someone’s actual or perceived “sexual orientation” or “gender preference.”  If passed, this law could be used to force Christian schools, organizations, Christian business owners, and others to hire and give preferential treatment to people involved in homosexual activity and those who wish they were the opposite sex.

Take ACTION: Please click HERE to tell your U.S. Representative in Washington D.C. to please vote ‘NO’ on ENDA. You can also call your representative through the Capitol switchboard (202) 225-3121 and provide your zip code to be connected to your House member’s office.

Even though U.S. House Speaker John Boehner has consistently stated that ENDA will not be called for a vote, it is extremely important that your elected representative know that you oppose this far left public policy.