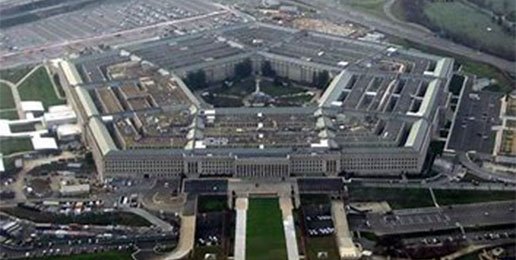 In what Huffington Post‘s Alexander Kaufman called “an Orwellian rhetorical shift away from a scientific reality,” the Department of Defense “scrubbed its latest National Defense Strategy of all references to climate change.”

In all likelihood, Orwell would call the 30-year campaign for climate alarmism—with all its oxymoronic appeals to “scientific consensus,” its sleight-of-hand temperature data homogenizations, its revisions of past data to exaggerate apparent warming, its exaggeration and fabrication and suppression and loss of data, its intimidation of dissent and corruption of peer review—Orwellian.

And he’d lead a standing ovation for the Pentagon’s courageous and sensible leaders.

Sure enough, the 2018 Summary of the National Defense Strategy (NDS) never uses the word “climate” (as this screen shot of search results shows), let alone the phrase “climate change” or “global warming.” 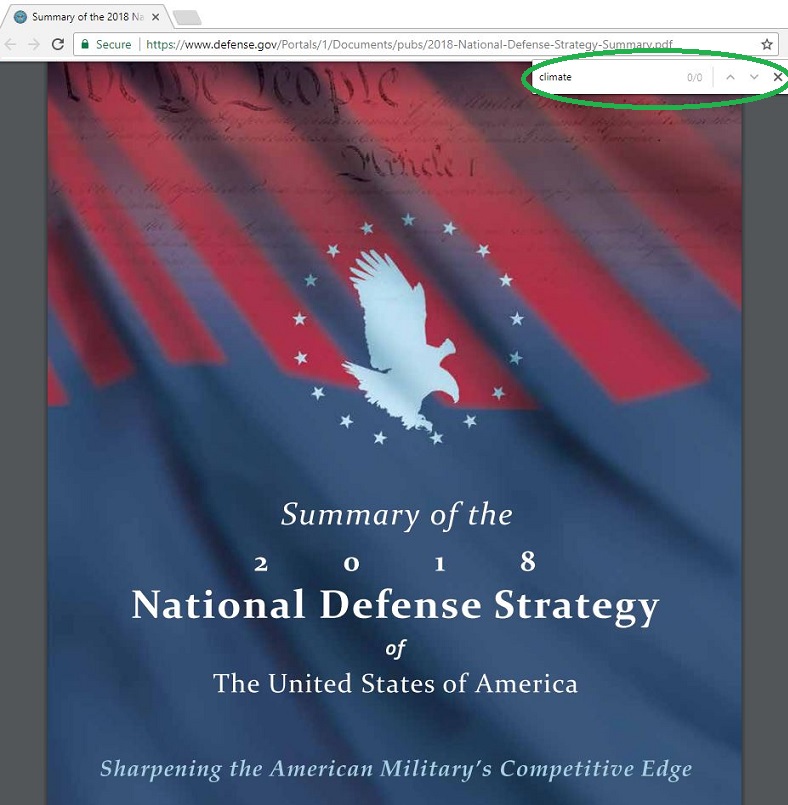 As Michael Bastasch reported in The Daily Caller in December,

The Obama administration listed global warming as a top national security threat, and administration officials even [wrongly] blamed climate changes for sparking the Syrian civil war and the rise of ISIS.

“No nation is immune,” Obama said. “So I am here today to say that climate change constitutes a serious threat to global security, an immediate risk to our national security, and, make no mistake, it will impact how our military defends our country.”

Secretary of Defense James Mattis, like his boss President Donald Trump, clearly rejects prioritizing climate as a defense issue. Not only does the new NDS never mention climate change or global warming, but also it discusses energy not in terms of climate impacts but of the need to ensure stability in major energy-producing regions of the world, such as the Middle East. Why? Because the Trump Administration believes access to abundant, affordable, reliable energy, especially in the form the Middle East produces most—fossil fuels—is far more important to national and global security than whatever’s going on with climate.

It follows that the Department of Defense no longer thinks fossil fuel use is driving global warming that threatens global security.

Welcome to the new era—when adults are in charge at the Pentagon.