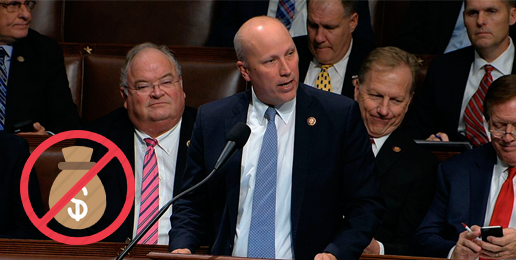 Ever since the D.C. marsh rodents regained control of both legislative chambers and the executive branch in a murkier, mustier way than usual, the evening news has gone from depressing to unbearable. But just because the political marsh is controlled by R.U.O.S. (rodents of unusual size, hat tip Princess Bride) doesn’t mean all the Wesleys are pinned beneath them.

Last month, U.S. Representative Chip Roy (R-TX), introduced H.R. 3163 in the U.S. House of Representatives. Roy’s proposal, titled “Combatting Racist Teaching in Schools (CRT) Act,” would forbid federal money (aka taxpayer’s moolah) from funding any elementary, secondary school, or institution of higher education that teaches race-based ideologies. Rep. Roy is fulfilling his role as a representative of the people with this resolution, and he should be applauded for being bold enough to do his job.

This bill has 32 Wesley-esque co-sponsors, all Republican, including Illinois Congresswoman Mary Miller, who is one of the original co-sponsors.

In a Daily Signal podcast, Roy expounded on the dangers that will result if America’s youth keep being brainwashed in Critical Race Theory (CRT):

The danger is that we destroy the republic because we’re no longer united under the idea of what it is to be an American. And people say, “Oh, you guys are overstating this.” No, we are great because we’re united around these ideas. We’re great because we have values that bring us together. … And when you … destroy all those things that hold us together, including a belief that we’re united as Americans, then it destroys the fabric of the country.

Congressman Roy specified in his press release that this legislation would ban funding to institutions that propagate ideologies teaching any of the following:

Not many good things occur in the political swamp, so when an occasional fresh breeze like H.R. 3163 stirs the fetid air, we should do all in our power to let our lawmakers know that we approve wholly and heartily.

Take ACTION: Click HERE to send a message to your U.S. Representative to ask him/her to support or even co-sponsor this legislation to ban federal tax dollars from going to any school that promotes CRT.

CRT has managed to sneak into government schools, corporate training programs, and even the military. Yet, most Americans reject this insidious Marxist-derived ideology that claims that racism (or white privilege) is the evil foundations force at work in society. CRT is sowing seeds of division and hatred, or as Rep. Roy said, CRT is “teaching our children to believe that America is evil, to be ashamed of ‘their whiteness,’ and how they can undo their whiteness.”

“Worse yet is its pernicious demands to ‘divvy us up by race’ and perpetuate the lie that we should be treated differently by virtue of our skin color. There is no room for state-sanctioned racism anywhere in our society, and we must oppose it with all our might.”