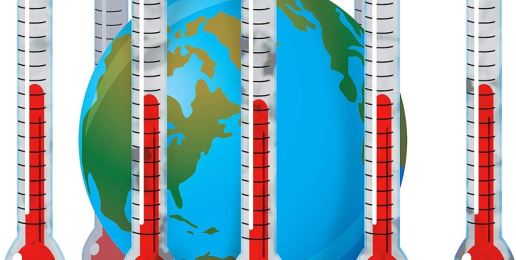 Environmental Protection Agency Administrator Scott Pruitt appeared on “Fox & Friends” April 13 and said, “Paris is something we really need to look at closely, because it’s something we need to exit, in my opinion.”

Why? “It’s a bad deal for America. China and India had no obligations under the agreement until 2030, we front-loaded all of our costs, at the expense of jobs.”

That’s a good start. It should resonate well with Americans who use electricity at home or work and gas or diesel in their cars — i.e., pretty much all of us.

But if Mr. Pruitt wants to expand public support, he needs to make six other important points.

First, Bjorn Lomborg, accepting climate-change advocates’ assumptions about how much warming comes from carbon dioxide, showed in a peer-reviewed study that implementing all provisions of all signers to Paris would prevent only 0.306 degrees Fahrenheit of global warming by 2100.

What would it cost? Unofficial estimates by the United States, European Union, Mexico and China amount to $739-$757 billion per year.

Those parties account for about 80 percent of signatories’ emissions reduction pledges. Other pledges would have similar costs per unit, implying something in the range of $185-$189 billion.

Second, if carbon dioxide’s warming effect is smaller than alarmists allege, two things follow: First, there’s not as much warming ahead to fear. Second, the cooling effect of reduced emissions will be less than thought, and the cost per unit higher.

Observed warming is about one-half to three-fifths what the models predict.

It’s not just “climate skeptics” who see this. Astrophysicist Ethan Siegel, in an article meant to refute “climate skeptics,” reported that global temperature has been rising at 0.072-0.144 degrees Fahrenheit per decade — one-fifth to one-third the modeled rate.

That raises the cost per thousandth of a degree of warming prevented to $353 billion to $2.16 trillion.

Third, other empirical studies give even more reason to think carbon dioxide’s warming effect is even smaller.

The calculations above assumed that all observed warming 1979-2016 was caused by rising carbon-dioxide concentration. But carbon dioxide is probably not the sole or even primary driver.

In a peer-reviewed research report last fall, “On the Existence of a ‘Tropical Hot Spot’ and the Validity of EPA’s CO2 Endangerment Finding,” Mr. Christy teamed up with meteorologist Joseph D’Aleo and econometrician James P. Wallace III to show that “there is no statistically valid proof that past increases in Atmospheric CO2 Concentrations have caused the officially reported rising” temperatures.

Their analysis showed that, after separating out the impacts of the El Nino-Southern Oscillation, changes in solar activity, and the 1977 “Pacific Shift,” no additional warming trend occurred over the relevant period.

Fourth, that study implies that the “Tropical Hot Spot” implied by computer climate models does not exist. Since that was crucial to EPA’s carbon dioxide “endangerment finding,” the finding was unjustified and should be reversed.

Fifth, whatever the risks from its tiny warming effect, adding carbon dioxide to the atmosphere has positive effects.

Consequently, plants increase their ranges and make food more abundant. The world’s poor benefit most. One survey of hundreds of studies concluded that increased atmospheric carbon dioxide 1960-2012 added $3.2 trillion in crop yields and would add nearly $10 trillion more through 2050.

Sixth and finally, since the endangerment finding was wrong, the EPA should reverse it. There is no reason to call life-giving carbon dioxide a pollutant, and the Paris climate agreement really is “something we need to exit.”

E. Calvin Beisner is founder and national spokesman of the Cornwall Alliance for the Stewardship of Creation.

Take ACTION: Click HERE to send a message to President Trump and his administration via the White House web-form to encourage them to get the United States out of the Paris Climate Agreement.

This article was originally posted at The Washington Times