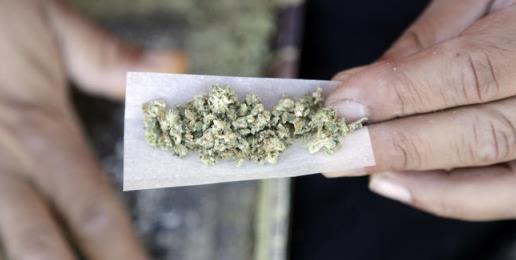 How would that go over?

Before you yell, “But we are a nation of laws!” you can thank President Barack Obama and his prior Attorney General Eric Holder for magnifying this issue.

Basically, the Obama administration made it standard operating procedure to ignore laws they thought unfashionable or unworthy.

The best example of this is marijuana.

To be clear at the outset, I am neither pro-pot nor anti-pot. And, in fact, marijuana is not even the issue — rather, the Constitution is. Marijuana is just the symptom that exposes the problem.

As pieces of paper go, our Constitution has proved remarkably durable, as it has structured our democracy for more than two centuries.

Old news now, marijuana laws are sweeping the country. More than half the states, including Illinois, have legalized some form of marijuana use.

But there is one little problem. Long ago Congress passed a law making marijuana, in all forms, illegal. No exceptions. Whether wise or not, it is the law of the land, no different from the thousands of other federal laws on the books.

Given this conflict, the question arises, can state law really trump federal law? Is marijuana really “legal” in those states?

The short answer is “no,” it remains illegal under federal law.

The constitutional lesson is simple: federal law is top dog, and it trumps all conflicting state law.

It is called the Supremacy Clause, and it is all you really need to know to be a constitutional scholar.

But amazingly, Holder — Obama’s first attorney general — directed the Department of Justice to ignore federal law. He instructed his deputies and the FBI not to investigate, arrest or prosecute marijuana growers and users in states where it was “legal.” In short, he told them to look the other way, the rule of law be damned.

Though this issue surfaces through pot, it is dangerous, even subversive, stuff — however well-intended.

As the nation’s top law enforcement officer, the attorney general’s duty is to enforce the law — whatever it may be — not to make law. In failing to do so, he violates his oath to uphold the Constitution.

At bottom, this is no different than a rogue local sheriff choosing to enforce some laws while turning his eye on others.

To be clear, our federal law banning marijuana might be terrible. But that issue is above the attorney general’s pay grade, as his job is to enforce — not make — the law.

And the irony in all this is that there is a simple fix.

If our nation’s pot laws are terrible, then Congress can, and should, amend the existing law. Heck, it could just repeal the law altogether. It could do so in five minutes, which the Constitution allows.

But the Constitution does not allow the attorney general to simply ignore otherwise valid federal law because he, or others, think the law unwise. That is what happens in banana republics where men, not laws, rule.

Long ago, President Abraham Lincoln said: “The best way to get a bad law repealed is to enforce it strictly.”

And the issue — enforcing valid laws, even bad ones, until repealed — is not limited to marijuana.

The same analysis applies to other important issues of the day, including immigration laws and mandatory minimum sentences for drug offenses. Good or bad, these laws should be enforced until properly repealed or ruled unconstitutional.

Obama, a constitutional scholar, understands this.

In fact, in 2014 when some liberal groups criticized him on immigration policy and called him the “deporter in chief,” he responded, “I cannot ignore those laws any more than I can ignore any of the other laws that are on the books. That’s why it’s important to get comprehensive immigration reform done.”

Yet when Congress failed to act on immigration reform, Obama tried to get his way through executive order.

“Executive order” is just a fancy way of sometimes ignoring the law.

To put things in perspective, once you start down this path, what if a state chose to legalize heroin? Or child pornography? Or better yet, it passed a law making federal taxes optional?

It is a slippery slope best avoided.

Importantly, this is not a screed against Democrats or Republicans. The Constitution is larger than both.

After all, if a Democrat today ignores pot laws, might a Republican tomorrow choose to ignore civil rights laws?

When you remove the politics, the issue and solution become clear: amend or repeal “bad” laws, but do not ignore them, as such is the beginning of chaos. Though some may scoff at these extreme examples, the underlying concept remains the same in each case: Our Constitution is supreme and must be respected.

William Choslovsky is a Chicago lawyer who appreciates selective enforcement of laws that might someday apply to him.

This article was originally posted at ChicagoTribune.com