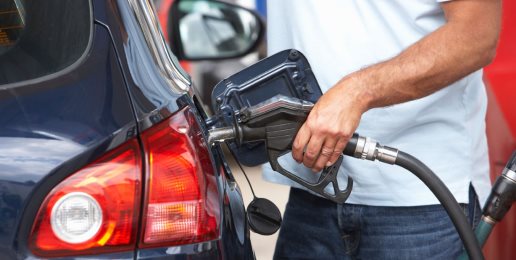 Lawmakers in D.C. Looking to Pump up the Federal Gasoline Tax
Written By Andrew Willis   |   02.04.15
PRINT

Despite the bitter cold and snow that characterizes this time of year, we always manage to find ways that warm our hearts. Lately all you have to do is look at the gas prices.

According to the AAA, gasoline prices are starting to increase after dropping to the lowest levels since 2009.  Today, the national average now sitting at $2.11 (as of 2/04/15).  The lower cost for gasoline has placed an additional $14 billion of disposable income in consumer’s hands. Yes, there is joy to be found amidst the cold—that is until the politicians take notice.

Jumping at the first opportunity, top Congressional lawmakers in Washington D.C. are now proposing a raise of the federal fuel tax. Currently, the tax stands at 18.4 cents per gallon, as it has been since 1994.

Ironically, such calls are now being heard from the Republican Party, a group that just promised to cut taxes and spending this past election.

U.S. Senator James Inhofe (R-OK), the new chairman of the U.S. Senate Committee on Environment and Public Works, said, “I just think that option is there, it’s clearly one of the options.”  Other top ranking U.S. Senate Republicans such as U.S. Senator Orrin Hatch (R-UT) and U.S. Senator John Thune (R-SD) have also expressed interest.

Leading Democrats, including U.S. Senator Dick Durbin (D-IL) and U.S. Representative Nancy Pelosi (D-CA), have been waiting for the right opportunity. Pelosi stated at a recent press conference, “If there’s ever going to be an opportunity to raise the gas tax, the time when gas prices are so low—oil prices are so low—is the time to do it.”

U.S. Representative Earl Blumenauer (D-OR) has proposed H.R. 680 — a bill that would raise the gasoline tax from the current rate of 18.4 cents a gallon to 33.4 cents a gallon.  This legislation would phase in the 15 cent increase to the gas tax over a period of three years and then the tax would rise with inflation.  Illinois’ U.S. Representative Jan Schakowsky (D-Evanston) is one of two dozen federal lawmakers co-sponsoring this gasoline tax.  The U.S. Chamber of Commerce, the AFL-CIO, the American Trucking Association and AAA are also actively supporting this legislation.

Federal legislators say that the increase in revenue will go to the Highway Trust Fund for the purpose of rebuilding crumbling roadways and bridges, though there are also considerations for more funding for public transportation systems and even additional subsidies for oil companies.

To be fair, a tax on gasoline for the funding of infrastructure is in principle, a positive policy. Those who use the roads the most should pay a larger share of the upkeep cost. However, the economy is still in a fragile state, unemployment is slowly inching down, there are no signs of serious cuts in government spending, and the voters have just sent a strong message this past November that the tax and spend policies must stop.

Furthermore, the U.S. Congress has exerted little effort in ensuring that the current funds are properly spent. As the Heritage Foundation has pointed out, the Highway Trust Fund spends around 25 percent of its budget on ventures outside of that jurisdiction such as subways, streetcars, buses, bicycle and nature paths, and landscaping—all at the expense of road and bridge projects.

Just because gas prices are currently low, there’s no guarantee that they will continue as such.  This definitely does not warrant yet another tax increase on American families.

TAKE ACTION: Click HERE to send a message to Illinois’ U.S. Senators Durbin and Kirk as well as your own U.S. Representative.  Tell them to stop any attempt to increase the gasoline tax.  Let them know that working families cannot afford to give the government more of our hard-earned money on a daily necessity such as gas.